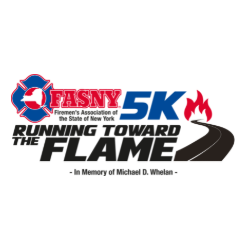 This was a spur of the moment decision. I hate to do drills and I would like to get back some pep in my step. So I signed up for a 5k.

During the year of COVID, there wasn’t much racing going on.  I kept running and mostly ran slow long runs or half marathons.

Things have been slowly opening up but still not too many racing opportunities.

I used to just race every weekend. Now that I have friends to run with on the weekend, I’m being more selective in my races.  I passed up a few 5ks in favor of this one because I wanted to run in a different location.

I wasn’t exactly sure about the course but I have several times in the past raced in Saratoga State Park … and enjoyed it.

Of course, I wasn’t thinking that it was mid-July. Hello heat and humidity.

So although my last 5k was in May and I did fairly well, now I was doubtful that I would be any faster in this race. 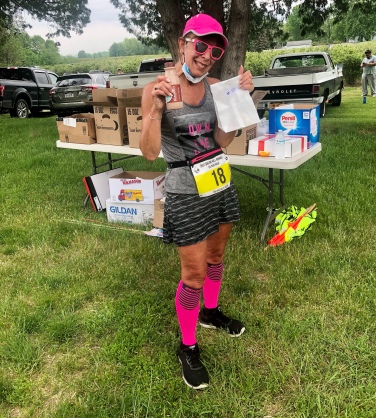 Saturday is my normal long run day and I have a half marathon on September. Instead I went up to the lake with the hubby. 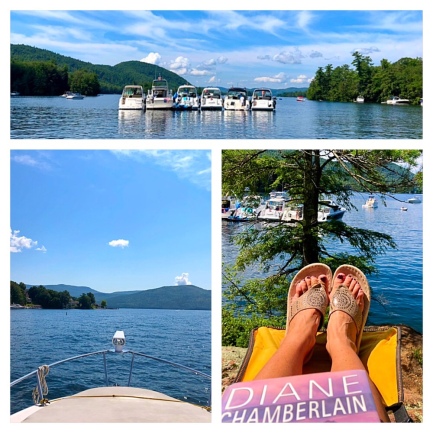 My plan to was to add more miles after the race the next day and so it could count as a “long” run.

There was a lot of relaxing going on. Since I had pizza per usual on Friday night, I ate a healthy pre-race dinner of … ice cream.

As per summer of 2021, the forecast had rain in it.  I’ve given up trying to prepare for it so just planned to wear my usual race outfit – tank & skirt.

I knew zilch about this race and knew no one running it. I was hoping there were be a decent crowd. (I once ran a 5k with 18 people lol)

It was an inaugural race and this company normally organizes races in NYC and LI.  So there were no reviews that I could read.

I looked up the last FASNY 5K race in June and there were only 20 runners. Yikes.

It rained on and off all night but when I woke up, it was only drizzling. I thought that I might get lucky and have a dry race. Just to be safe, I added another shirt, shoes, and rain poncho to my race gear.

I knew the start was at the Warming Hut in Saratoga State Park.  I left early because I didn’t remember exactly where that was in the huge park.

It turned out that it was really easy to find so I arrived early. Remember that drizzle? It was now a downpour.

I just sat in my car until it let up a little so I could get my bib.  Good thing I had an umbrella.

No shirt but a cooling neck thing (that I would never use). #13! Isn’t that an unlucky number?

The rain continued to come down but I just waited. I drove too far to not race. 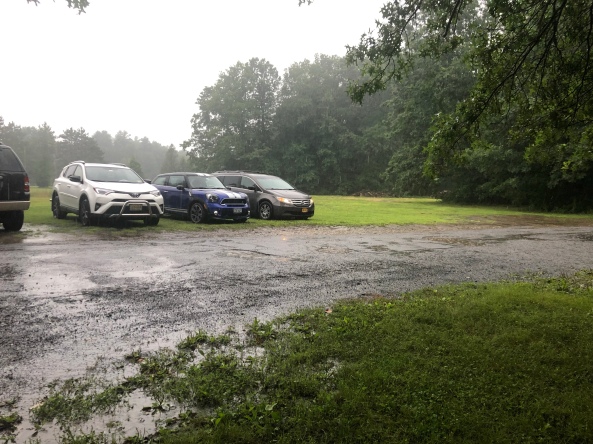 Eventually, the rain did lighten and I got out of my car to head to the start.

Thumbs up because it was no longer raining hard. Notice that I decided NOT to wear WHITE running shoes…

It was a small crowd as predicted (35 runners). I did know three runners (whom I befriended when I used to run 5ks every weekend.)

I thought that the race would probably start on grass, continue to the roads with some hills thrown in.

I was totally wrong. It was an out and back on different paths in the park 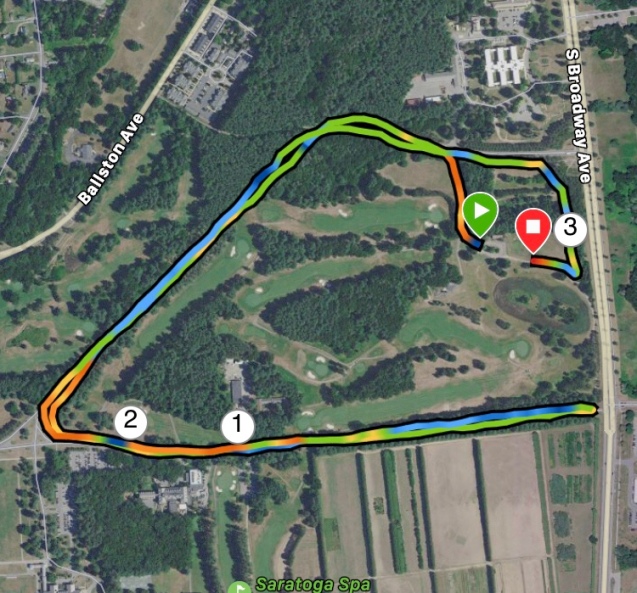 If it weren’t for the unhealthy air conditions and the oppressive humidity, it would have been a nice race.

The race started on a muddy dirt path and then we turned left and ran on a path along a road in the park. It was quite narrow and crowded but the real problem was the puddles of mud that you had to weave around. 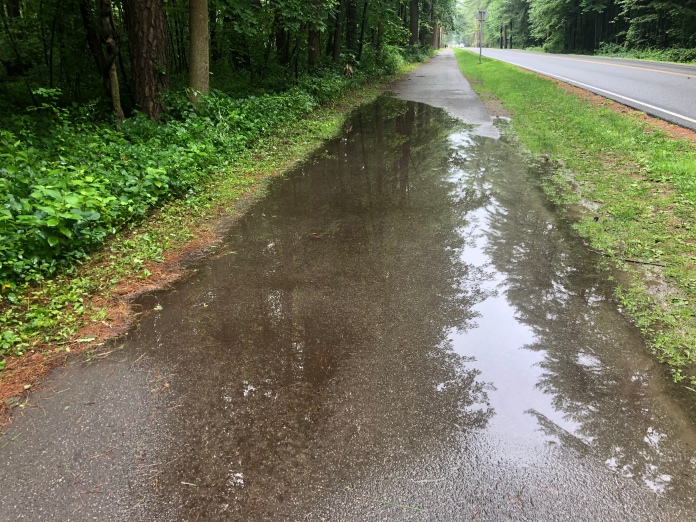 My feet were immediately soaked and then I had to stop to tie my shoe. It was actually a relief since my legs felt like lead from the get go. Probably due to getting out of the car and starting to run right away.

Eventually we turned left onto a wider and drier path.

The first mile felt like a marathon. I had a hard time breathing and walked again.  It was so steamy that a little rain would have been welcomed.  But as you may have guessed, it stayed dry the whole race.

We continued on this path until the turn around. I tried to slow down my pace so that I was not so out of breath and to focus on the scenery more as it is such a pretty place to run.

We continued on the same path as we started. So puddles and more puddles. I’m pretty sure that I walked again at the beginning of this mile and again toward the end.

At this point, the runner had spread out. I was never running alone but there was no one that I as trying to keep up with or pass. I was just trying to get to the finish line.

The return course changed slightly as we didn’t turn onto the path we started on. We continued straight and then turned in on an even muddier path.

Finally I caught a glimpse of the end and picked up the speed.

After I crossed the finish line, I grabbed a small bottle of water and waited for my friends to finish. There was no food or age group awards.

My first thoughts were pretty negative: Why did I pay money for this?  Why did this race feel so hard? How could I possibly run a half marathon?

Luckily these thoughts quickly switched to being happy to race again and to being outside in a beautiful park while I was chatting with other runners about upcoming races that we were all planning to run.

it was a good thing that I brought along some Gu since there were no post-race refreshments.

After a short rest, I was feeling more energetic and decided to enjoy the scenery in this park. So I started out to re-trace the 5k route.

Somehow, I missed the turn around and then turned left to run on a path along the main road. 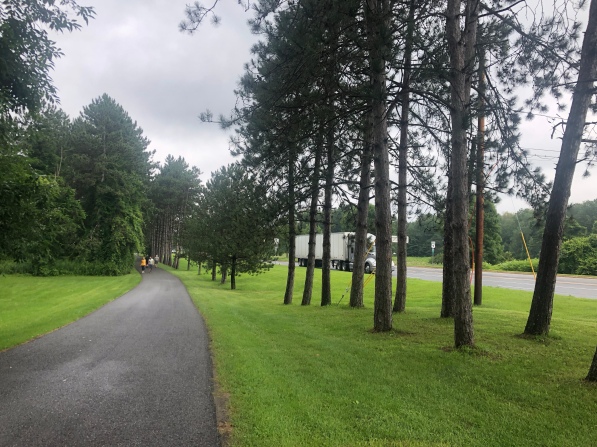 and then I successfully circled back to my car. My friends were still there so we chatted. Then I continued running in the opposite direction. The gardens in this park are fabulous. 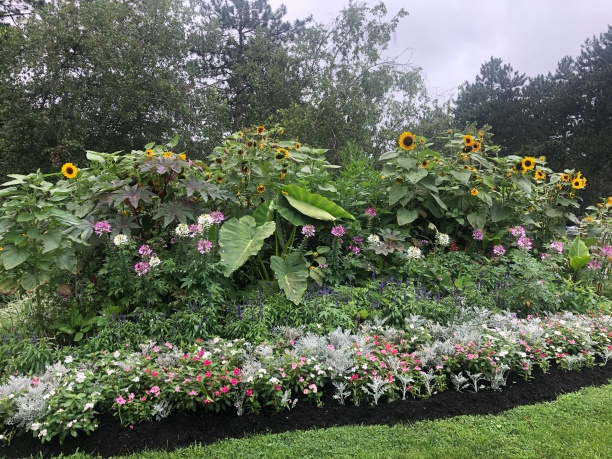 I then ran past the golf course and eventually back to my car.

So I got my long run done (3 + 3 + 3) and rewarded myself with some goodies at the farmer’s market there.

I only chose this race because of its location and that there were no other races on the schedule. In hindsight, I should have skipped it and done my long run with my friends the day before. 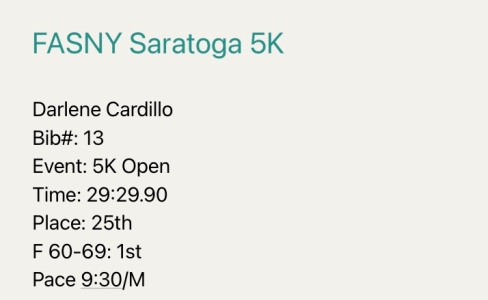 I wasn’t expecting a PR or a fabulous finish time. Could I have fun faster or walked less?  Maybe. But there didn’t seem to be a reason to.  No age group awards. I was just running for me and because it makes me feel good to race.

I was a little disappointed in that my pace was faster in both of my previous 4 mile races on more difficult courses.

I could blame the weather. But it doesn’t really matter. There will be other races. I may run better or I may run worse.

A friend recently wrote on FB about long runs and races: “They are like a box of chocolates. You never know what you’ll get.” 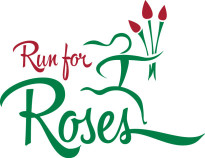 Happy Running! Did you run or race this past weekend? Did you experience a heat wave? Any in-person races on your schedule yet? Please share.