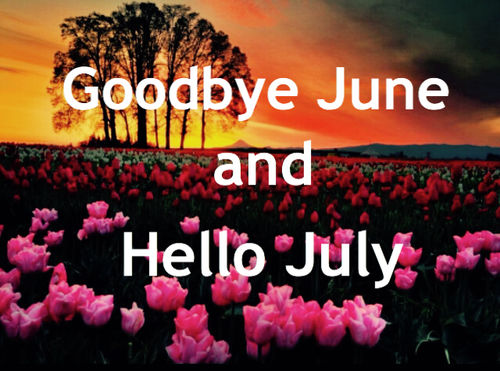 So sporadic spring weather continued and even at times, it appeared to be summer-like. But there was also a lot of rainy days!!
Here’s how June turned out:

I was able to run at least 3 times outdoors each week which is great because I do not have a treadmill at home. I prefer to run 4 times but sometimes it just doesn’t happen.

I ran at UAlbany (near work), at the Crossings, near home, in a local park and even at the Corning Bike Path. I even ran 3 times while in NYC for work and once while in Liverpool, NY for work.

4 miles along the East River in NYC

on the Corning bike path

I ran alone some of the time. But Alyssa was able to accompany me often. It’s definitely more fun running with friends.

My Freihofer training group runs ended and I had only one STEM volunteer run.  So my running schedule was freed up which allowed me to run where, when and with whom I chose.

My co-workers decided to get together once a week to run after work – either Wednesday or Thursday. But for the most part, I was unavailable.

No half marathons to train for so my long runs were not very long or very good.

I ran 67 miles this month so far (will probably end up with 77-78).  Some skipped runs and no half marathon this month can be blamed for the low mileage.  Still healthy so all is good.

yes, a slacker even with a half in May and 10 mile race in June

I had four races on my schedule this month – three 5ks and a ten miler. The Freihofer 5k is my favorite race and I had fun and a course PR.  I ran the Run for Help 5k to help a STEM runner complete his first 5K and it was such as rewarding experience. The Whipple City 5k was a new one that I enjoyed.  As usual, the Adirondack Distance Run was a challenging 10 miler but a annual favorite and I had a course PR!!

I now play tennis outdoors on Tuesdays (when I am able.)

I did go to work out at the gym several times. My goal was twice a week, though. I didn’t quite achieve that.

I did walk several times a week at lunch – around the outdoor shopping mall or the nature trail. Not everyday like I used to.

I went to NYC for work twice.  I took advantage of the fantastic places to run while I was there. I also saw two Broadway shows (War Paint and Ground Hog Day).

The hubby and I continued our boating on the weekends. I even got to squeeze in hiking one day.

Running is not my whole life. I think it is important to make time for other things that bring you pleasure.

No more half marathons planned until October 1 in Corning, NY.  (But you never know…)

I have quite a few shorter races planned. My race season has kicked into high gear. I am even planning on two new races in NYC!!

This is my list so far for the next 2 months:

I am linking to Deb at DebRuns for her June Race Linkup:

Today’s Topic is: Give your running month a letter grade.

You know, fewer weekly miles, sporadic gym attendance, slacking on those long runs, skipping weekday runs.  I can do better.

What do you think?

This week I am also joining up with Running on Happy, Suzlyfe, Crazy Running Girl, and Coach Debbie Runs each week for the Coaches’ Corner linkup

Happy Running! How did your June turn out? Anything exciting planned for July? What grade would you give your running month?