As you may remember, this race took place during my annual non-running tennis vacation in Naples, Florida. I take lessons and play tennis every morning and then spend the afternoon on the beach.  Each evening I go out for drinks, dinner and dessert with my tennis friends. Eight days of pure relaxation and enjoyment… (every May since 2005)

I love it.  It’s usually my only vacation that doesn’t include a race.  You have to admit that racing during a vacation does add an element of stress.

Two years we changed our dates. We were in Naples two weeks earlier and that meant that the temps were only in the 80s (not the 90s) and that the racing season was not over yet.

I happened upon a 5k race that took place on the Sunday during our stay. One of my friends offered to get up at the crack of dawn and drop me off and another offered to pick me up.

I unexpectedly bumped into a tennis friend, Rebecca, who had moved to Naples and despite the heat, did fairly well. 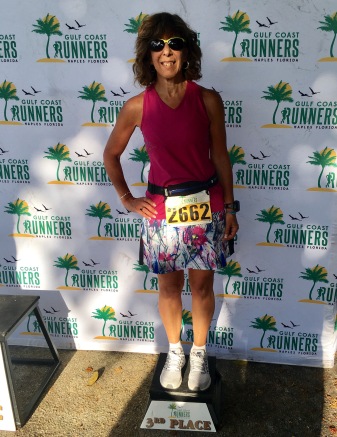 And so I registered for the same race again last year. I did even better than the year before. 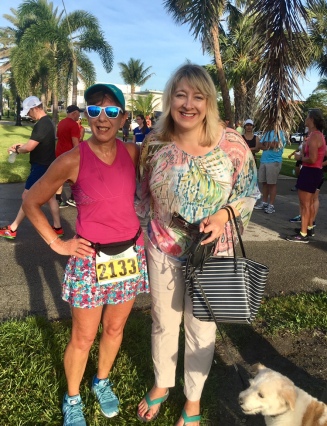 met Rebecca again at the race

Here again is the description of the race and the course map:

Enjoy a wonderful 5K race that showcases the beautiful streets of Olde Naples. This course is two loops starting on Broad Street. 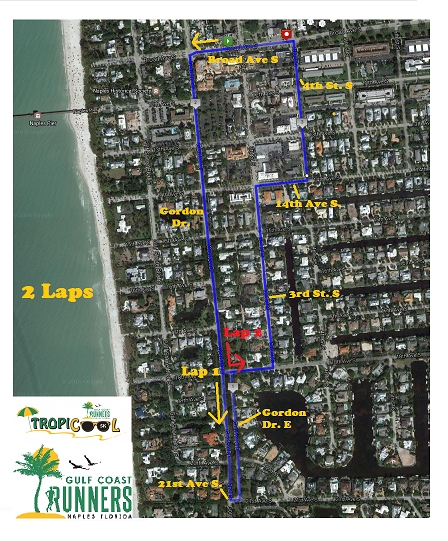 I’m not a fan of loops but at least it was only a 5K and I don’t remember it bothering me. So of course, I signed up again!!

As she did last year, my friend Catalina agreed to drop me off at the race start.  I was familiar with the race location so I didn’t need to arrive as early as I did the first year.

The day before the race, we went out to an awesome dinner which included a few glasses of wine.  (Oops I don’t usually drink the night before a race but I was on vacay…) Then we went to the theatre followed by a stop at an ice cream shop.  Obviously, it turned out to be a later night than normal. 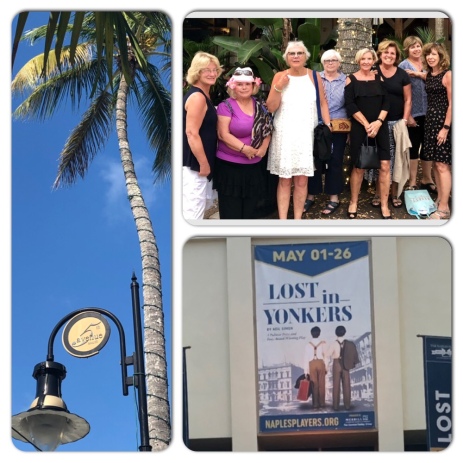 Sunday morning, I groggily ate my usual race breakfast at 5:30 am.  I got dropped me off in town around 6:30 am. It was still kinda dark and there were still not many runners there. 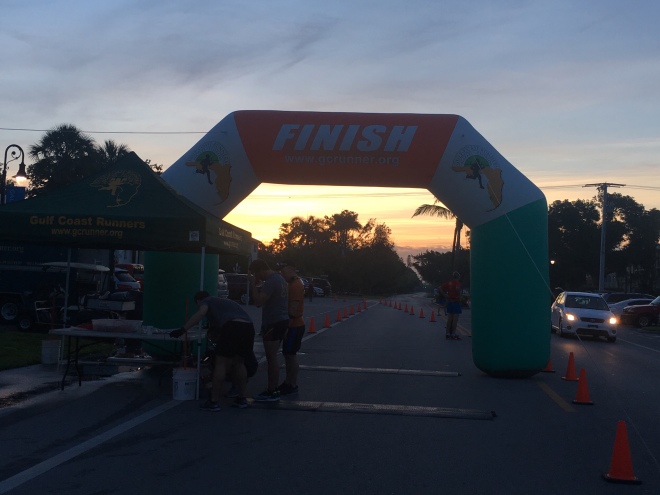 Unlike last year, I did not pick up my race packet the day before.  So I did before the race. It was again a mug (instead of a shirt).  I had to hide the mug under a tree since I did have a bag or a car. 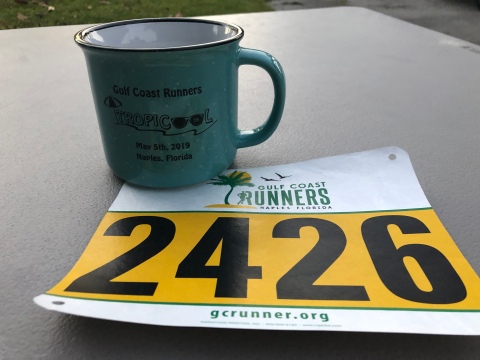 so happy to get practical swag.

Then I walked a block to the beach to hang out until around 7 am. 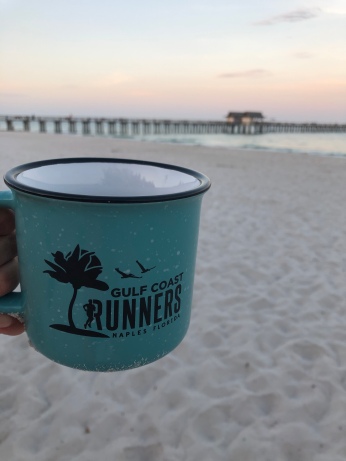 This was not a big race.  There were about 350 runners – all ages and very friendly. 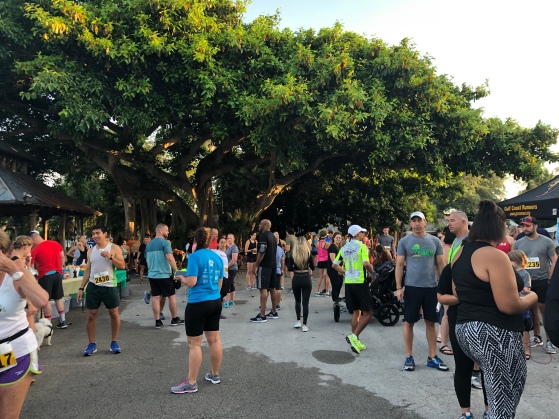 The sun was now out and it was starting to get warm.  But it was not as warm as it could have been.  I checked the weather app on my phone. Holy cow!!! 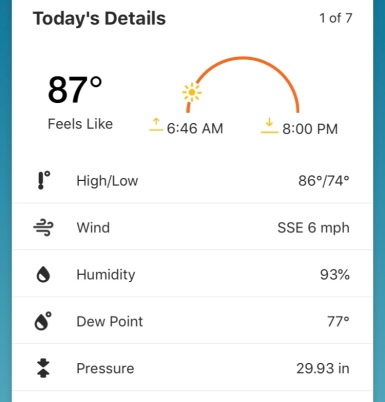 I wore my usual race attire minus the compression socks – 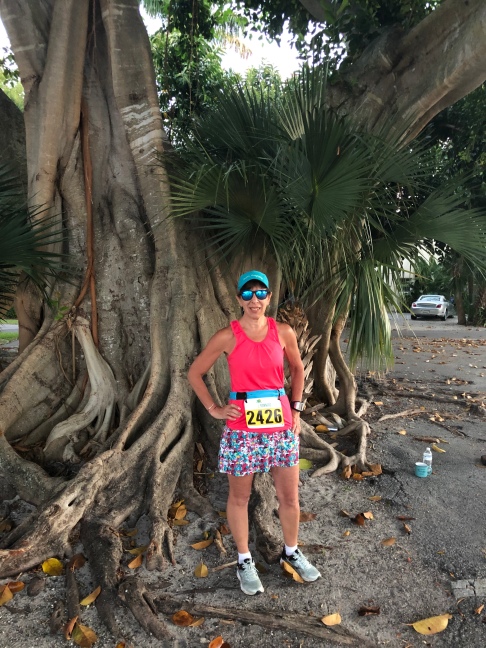 I wasn’t sure if my friend Rebecca was racing but she was and showed up only minutes before the start of the race. 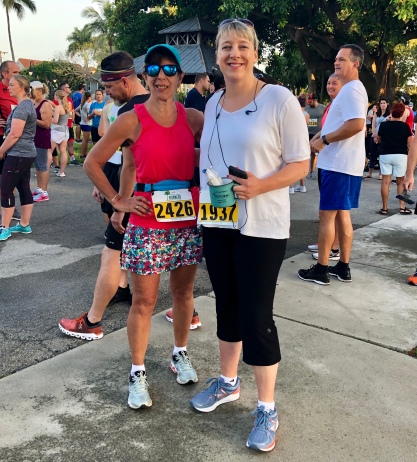 As you can see from the map, the course winds around town and through the neighborhoods twice. And it was flat!! 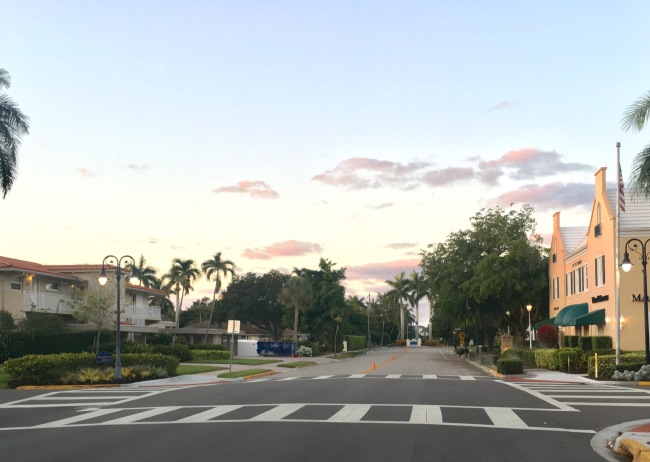 I had no plan for the race – just finish and get back to my tennis friends so we could get on with the day’s activities.

I race a lot as you know but lately it’s been longer races. In fact, I hadn’t raced a 5k since the end of September. Over SIX MONTHS ago!!

This made me a little nervous. Do I remember how to run fast? 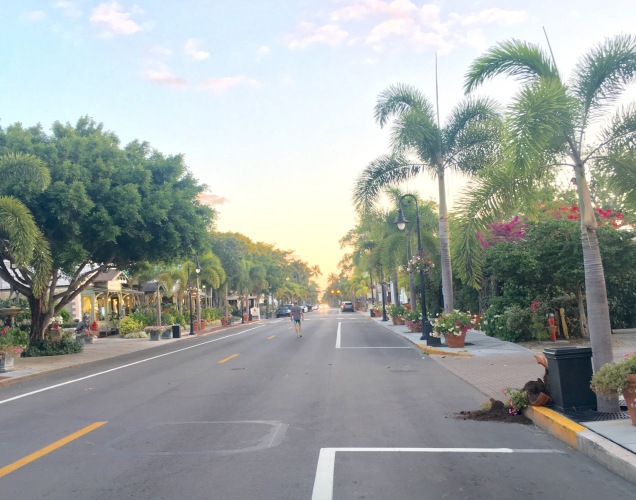 From the get go, my legs felt like lead but my biggest problem was that I had a hard time breathing and I felt dizzy. Was it the heat?  Most likely it was not being acclimated to the humidity. I couldn’t wait to get to the water stop… It seemed like forever but I think it was during mile 2.  I stopped and walked for a while (longer than normal). I actually felt worse after walking so I ran and tried to just get to the finish line without puking.

Eventually it appeared and I gave it my all. 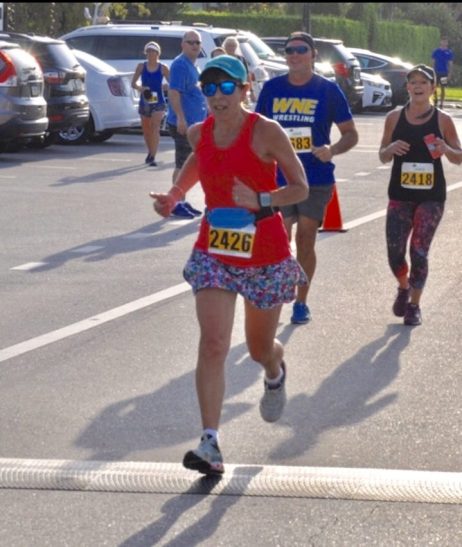 I was shocked when I crossed at 28:xx. I felt so much slower. 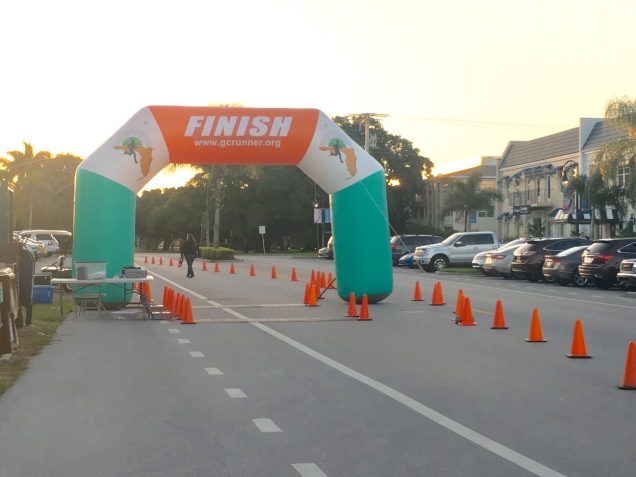 As soon as I crossed, I saw my friend Pat who was picking me up.  I quickly checked the results to see if I won an award. 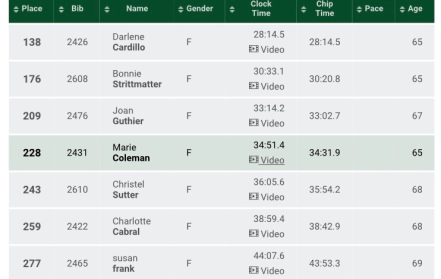 Two years ago, I was 3rd in my age group. Last year, I was the Senior Grand Masters Winner. But this year with my slowest time on this course, I came in FIRST!!

I told the race director that I had to leave so he gave me my award and I didn’t have to wait for the awards ceremony. 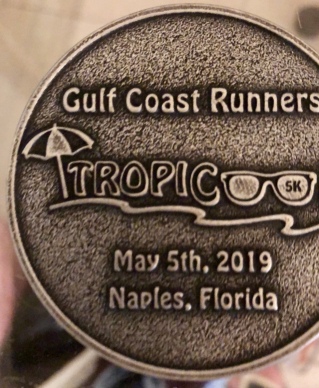 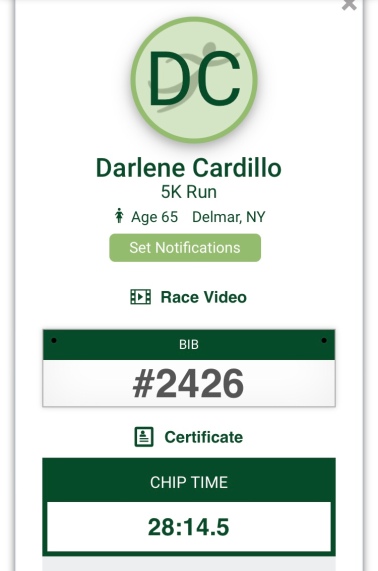 So back to the race…

The course was small so there were spectators cheering all along it.  Although we looped, I didn’t find it boring because I didn’t even notice.

I enjoyed running around Olde Naples and especially along Gordon Drive where you could see the Gulf at the end of each cross street.

I am so happy that I ran this race again.  I loved the course and it was very well-organized. (I am sure that I’ll return next year.)

Yes, last year I ran this race in 27:28 under similar conditions. But my slower time was due to injuries, more long races or maybe just the aging process. I am just thrilled to be running pain-free!!

After the race, I had to rush back to play tennis with my friends. 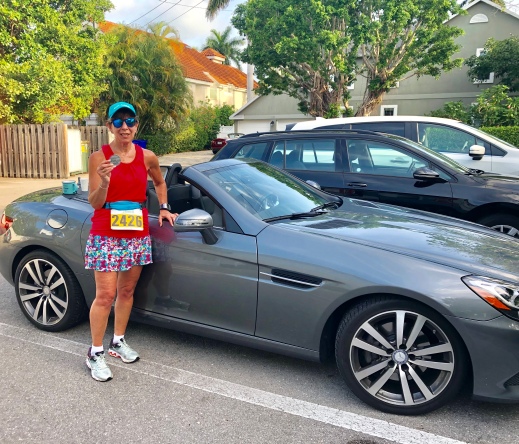 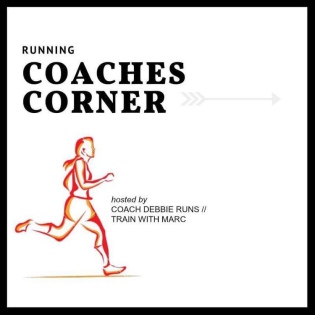 Happy Running! Ever run a 5K race while on vacation?