That day, I knew that I wanted to run this race. It didn’t work out in 2014 but last year I signed up and ran the race by myself.

I had so much fun that I decided to do it again.

I had reserved a room for the night before the race in an AirBnB apartment. However, that was before my friend, Anna from Moscow, decided to come and run and she invited her two Russian friends (Julia living in Chicago & Tatiana in DC) to also run the race.  So I cancelled my AirbnB reservation and decided to stay in Anna’s hotel and room with Julia. 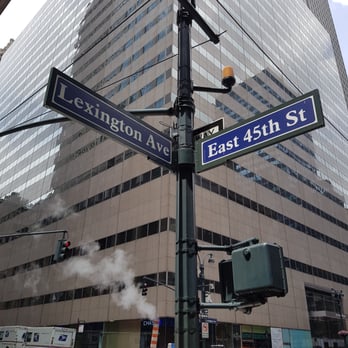 Once everyone arrived (except Julia), we headed to the Javitz Center where the NYC Marathon expo was being held.

Of course, it was huge and crowded. Most people who were there were running the Marathon. We picked up our race packets for the 5k and walked around checking out the booths. Though tempted, I didn’t buy a thing. Then we went out for a late dinner in Chelsea.

After a sleepless night, I made my usual oatmeal & tea breakfast in the room and we walked to the start line.  The benefit of this hotel was that it was about 5 minutes away.

the start line in front of the UN

It was chilly to start which made it tricky to decide what to wear.  I am a firm believer in layers.  However, the problem would be that at this point-to-point race, I wouldn’t have access to a jacket after the race.

We got there early enough and wandered around taking photos.

The corrals were lettered A-Z depending your pace. I was in G last year but for some strange reason, this year I was in I. The Russian girls were in J. Judy was in K.

no, we didn’t plan to wear the same outfits….

I texted Judy and we were able to meet up briefly near Corral G before heading to our respective corrals. Since we are both Skirt Sports ambassadors, we knew it was bound to happen that we wore the same thing. 🙂

Soon, it was time to get ready to run the race. I took off my throw away shirt, tied my jacket around my waist (for later).  I decided not to walk back to corral I but stayed in G.  There were many runners from various corrals there anyway.

everyone was in such a great mood!

There were almost 11,000 runners from 130 countries. The energy was so contagious. Some runners were there to have fun and dressed up in costume. Others were warming up for the marathon the next day and there were also runners like me who couldn’t run 26.2 miles so ran 3.1 instead.

Finally it was time to start but of course, it took a while for me to cross the start line. It was slow going at first but I just tried to enjoy the experience and pick up some speed at the same time. I knew I would slow down when I met the hills of Central Park.

This was the course:

Mile 1: We started at Dag Hammarskjold Plaza on 47th Street between First and Second avenues and headed south. Then we turned right on 42nd Street and headed west. We passed Grand Central Station, the Chrysler Building, Bryant Park. Next we turned right onto Sixth Avenue.

Mile 2: We proceeded up Sixth Avenue toward Central Park. We passed Radio City, the Plaza hotel and lots of screaming spectators and then turned right on Central Park South/59th Street. Finally we turned left into Central Park at Grand Army Plaza.

Mile 3: We entered the park, then turned left onto West Drive. We ran those rolling hills and curved around the bottom of the park eventually finishing at the NYC Marathon finish line, on West Drive at 67th Street.

I felt perfectly dressed, even a little warm at times. It was close to 50 degrees at the start and by the end of the day, it was in the 60s (much warmer than predicted.) At the water stop (which I didn’t stop at), there was a wall of people just stopped but I just smiled and weaved around them. The hills in Central Park slowed me down a little but I didn’t walk and they weren’t as bad as I had remembered. I was thrilled to see the finish line but I just couldn’t muster up a real sprint.  There were so many people in MY WAY!

I couldn’t tell by the clock at the finish line but I checked my watch and I did finish in less than 29 minutes!! I was surprised.

I had fun running this race as I did last year. I never looked at my Garmin and really didn’t care about time (plus because of the tall buildings, you lose the signal so the pace isn’t accurate anyway). I knew that my first mile was slow because you just couldn’t start running for a while. Even after that, I had to weave through the crowds throughout the WHOLE race. The race seemed so much more crowded that last year.  Runners were taking pics and selfies.  Many times they just stopped dead to take a pic. It was frustrating.  I am glad that I was just running this race for fun and not trying for a PR.

Happy to be done!

Once you crossed the finish line, they handed you a bag of food and ushered you along. I decided to ignore the volunteers & police and stay put on the side by the medical tent.  I wanted to see Judy finish (but I did not).  I did bump into another Skirt Sports ambassador — from my area no less.

And I did catch my Russian friends as they crossed the finish line together.

of course, the first thing you do after to cross the finish line is check your phone.

It was so much fun to run with these first time NYC racers!!

For a race this big, I thought that it was very organized.  We all agreed that it was so much fun!

I am glad I could share their first NYC race experience

I was never able to run fast during the race (due to the hoards of runners in my way) and when I finished, I didn’t feel like I had run a race. I didn’t even break a sweat.  (I see a re-do in my future.)

Splits: (though I doubt any are accurate.)

After the race, we all headed over Columbus Circle where I had made reservations for brunch in a French restaurant.

celebrating…mimosas at 10 am?  why not?

Still on a race high, the girls went shopping, but I decided to remain in the park and run/walk (more walk than run).  The weather was great and I thoroughly enjoyed being outdoors.

Eventually I had to leave and walk (miles) back to the hotel to change and get ready for my blogger meet-up, dinner and Broadway show.

It was great to meet Karen and her husband and to wish her luck on her marathon the next day.

After dinner, we walked to Broadway

then went out for drinks

A full and exciting day!!!

Julia left early the next morning and Tatiana slept in. So Anna and I went running alone.  I wanted to run in Riverside Park and on the Hudson River Greenway.  So we took the subway there and ran 3 miles along the river.  It was so much fun.  Actually even more enjoyable than the race.

along the Hudson River, NYC

Then we decided to spectate at the NYC Marathon.  We couldn’t stay long because we had to meet Tatiana for lunch and I had to catch the train home.  But we did see the cyclists and the female winner. The excitement in air was incredible.  I wished I could have stayed longer to catch some of my friends who were running in the race.

Originally, I wasn’t very excited about returning to NYC again but I am glad I did go.  I had a great time.  The Russian girls are already planning another race weekend together … the BAA 5k in Boston on April 15, 2017.

Here’s what I’m thinking about today:

Happy Running! Did you run or race this past weekend? Ever race in NYC? Do you run in the morning or evening?