I know it’s December but I have no gym access (and no equipment at home). Snow puts a real kink in my active life (especially when they predict one foot and you get 30 inches!!)

Thank you all for your kind words regarding my recent loss. I do appreciate you all being a part of my journey.

Running and hiking continue and keep me sane.

too bad you can’t see the flurries in my pics.

And I still had more time so I continued with a walk on my favorite trail at Fiver Rivers.

I think I have an obsession with running water lol

First, I headed out for a sunny, yet frigid windy run. I drove the Albany end of the rail trail because I like the scenery there and I haven’t run there in a while. It did not disappoint despite that the first half was uphill.

When I returned, I drove to Salem Art Works to hike some of the trails. It was a long drive but I know hiking for the most part will end when ice and snow arrive so I’d better continue checking places off my list. The views were great and the artwork interesting.  The trails were not well marked, snowy and kinda slippery. So I spent more time walking around the artwork.

Afterward I headed to nearby Battenkill Creamery for….

In the evening, I met my BFF for a long walk in the outdoor mall (brrrrr).

Afterwards, I wasn’t in the mood for a run but I knew I needed to get out and a foot of snow was predicted overnight. So I bundled up and headed to the opposite end of the rail trail (from Tuesday.)

It was single digits with wind chill but felt warmer than the day before or maybe I just over dressed. Happy to see that the art work on the trees was still in tact.

After some grocery shopping, I decided to hit the trails… maybe for the last time without snow covering them.

the calm before the storm at Normans Kill West 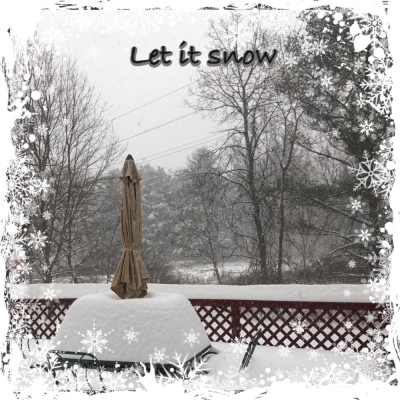 but once my hubby plowed out the driveway, I did put on my boots and went for a short walk at lunch (and then shoveled out my hot tub). 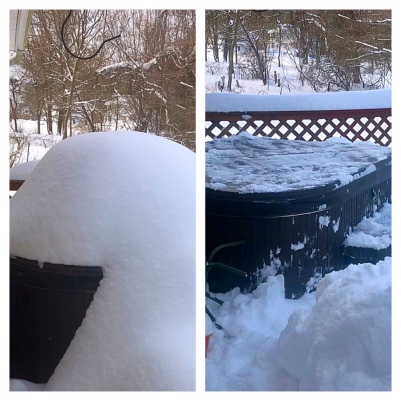 Obviously there was no way to drive or run…too much snow in the roads (and the plow has come by twice already) but again I went for a walk.  Sad to see all the holiday decorations buried.

At lunch, I just headed out my front door to see if I could run safely in the roads. And I did …barely. Some roads still had a lot of snow so I had to run in the middle of the road but on some, the snow was packed down so it was easy to run on. But any run where the sun is shining is a good one.

After work, I headed to UAlbany to check out the paths and then for a walk with friends around an outside mall (per usual on Friday evenings.)

running is so much easier with friends!!

I had a busy afternoon planned. I had booked a holiday tour of Ten Broeck Mansion at 2:30 pm. Unfortunately, it got cancelled due to the snow.

Another thing to add to my list for next year.

and then I also had a ZOOM with my college friends scheduled for 4:30 pm. Always great connecting with these folks.

I am linking up with Kim and Deborah for

I encourage you to do the same. Grab the graphic, drop your link on the host blogs and play along! Please be sure to always comment on the HOST’s blogs, as well as visit and comment on as many other blogs as you can.

Happy Running! How is your running going? Have the winter temps hit? How is your holiday decorating and shopping going? Please share.