It seems like I’ve been planning this race forever. As with all my big races, I impulsively sign up way in advance (and then often regret it LOL).

If you follow my posts, you also know that I am not strict about following a training plan. I ran my last half marathon on March 14 (a virtual version of the NYC Half that was cancelled.)

During my first two 2020 Half Marathons, I experienced a lot of foot pain. I ran them but truthfully it was not fun at the time. (Don’t let that smile below fool you!!)

I tried all kinds of treatments for 12 weeks and finally, the pain seemed to dissipate.

Would it come back? Would I be able to run 13.1 miles without any foot pain?

And then this half marathon was postponed until August!!!

Who wants to do long runs in July and August??? So would I run this race? Would my friends?

So I cautiously trained for a virtual version of the half marathon. And at the same time, I signed up for a Virtual Race (as an additional motivator).

I did my long runs on the weekends…and my weekdays runs as well. I ran alone due the “social distancing” requirement.

I admit that my runs were not as enjoyable as before. Slow and easy with tons of walking (and photo stops.)

So unfortunately, again my goal for this “race” was just finishing and not re-injuring my foot (or any other part of my body)!!

And then a week or two before, ARE decided to offer a FREE virtual option.

You got a bib and you could run any distance that weekend anywhere.

Well, since this was a local race and work days were at my home, there was not much movement the days before.  As I normally do before a big race,  I ate pizza for dinner the night before.  Not being a “real” race, I had some wine too!!

I got up and yes, it was snowing!!

Ok. Plan B. The good thing about a VIRTUAL race is that you can run whenever you want.

I quickly decided to postpone this half marathon until Sunday when the weather was supposed to be dry and 60 degrees.

I ate my usual breakfast – oatmeal and coffee.

OOPS. Another wrench in my plan.

When I had originally planned to run this race on April 18, I had scheduled a college reunion in NYC for Sunday. This now was a ZOOM chat from 10am- 1pm!!

original outfit but I ditched the gloves and the long sleeve shirt.

So I got dressed for the race, ZOOMED with my college friends, had lunch and then took off.

The real course had you take a bus to the start and then run to the finish.

Not having this option, I chose to start at my free gym lot, run to the end of the rail trail in Voorheesville (the start of the actual race) and then turn around and run until I hit 13.1.

Anyway, here’s how it went:

Here are a few pictures from previous runs on this same trail:

this one I took today!

AM is my ideal time to run.  Not mid afternoon.  (I didn’t start until almost 2 pm.) Plus it was already warm (not summer warm but April warm).  So I started casually running the uphill portion, stopping to walk when I felt the whim to.

Almost instantly, I felt off and had a sneaky suspicion that this was gong to be torturous.

My foot started to hurt and I feared that the neuroma pain had returned.  Nope, the pain went away.  But both of feet that I had taped so I wouldn’t get blisters were starting to get blisters.  Ouchy!

But onward I went.  I can run through pain.  I just felt like my legs were lead and I had never run before.

There was no way I was quitting so I just focused on moving and walking when I felt that I had to.  I had to a lot or at least it felt that way.

And during this time of isolation, there were many bikers on the path and a few runners and walkers.

It was actually nice.  I waved and smiled.  Bikers were riding in the opposite direction, single file and never too close.  I never felt that my health was compromised.

The weather was beautiful (well, maybe a tad too warm and I could have used some water) and there were many painted rocks and rainbow signs.

Eventually you arrive at the end of the trail which is an old train station. This was my turn around. I was never so glad to get there.

I had planned to turn around and then run until I reached 13.1 but I was afraid that I wouldn’t.  So I ran/walked around until I hit 6.55 miles.  Then I turned off my Apple watch and continued on my merry (not no merry) way.

The scenery was the same as above but it was now slightly downhill. My legs were tired and I was warm so it didn’t feel as welcoming as I was hoping.

Now bikers were behind me but they always announced themselves and I moved out of the way.

My body was rebelling. It was yelling at me to stop this nonsense.  I had considered walking the second half but it would take too long (and I wanted my ice cream lol).

Eventually I got to my car.  I wanted to kiss the ground.

I’ve never felt so beat up after a race (not even after my full marathon.)

Since I was running alone, I did not TIME my race. I did not care if if I finished in 2 hours or 3 hours. I think it was closer to 3 hours LOL.

And after, I had my chocolate milk AND ice cream cone.

Sorry this is such a Debbie Downer race recap.

As with every race, you learn something.

I learned that I am STRONG.  I will not give up.  My feet suck (and I need to pay more attention to socks and shoes). I am glad that I did it and I am grateful that I did not pay money for this one!!

Yes. But the real thing would have been a lot more fun. Or if I could have run it with friends. 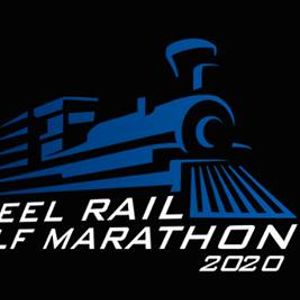 Yes, another virtual half marathon.  Maybe with some company, maybe solo. My next REAL half marathon will not be until August 29 most likely.

Formerly the Running Coaches’ Corner, it’s back with new co-hosts Coach Debbie Runs, Running on Happy, Confessions of a Mother Runner, Mile by Mile, Runs with Pugs, and Fauxrunner.

Happy Running! Have you been training for a big race? Are you running it as an unofficial virtual race?  Have you done any Virtual Races?  If so, how did they go? Please share.

If you haven’t done so yet, enter my giveaway for a free entry to the Freihofer Run for Women Virtual 5k.

34 thoughts on “Virtual Helderberg to Hudson Half Marathon Recap”