It’s that time again. Time to get things off my chest with Marcia’s Runfessions at Marcia’s Healthy Slice…

I signed up for a Virtual Race which I normally don’t do.

Because of the swag. 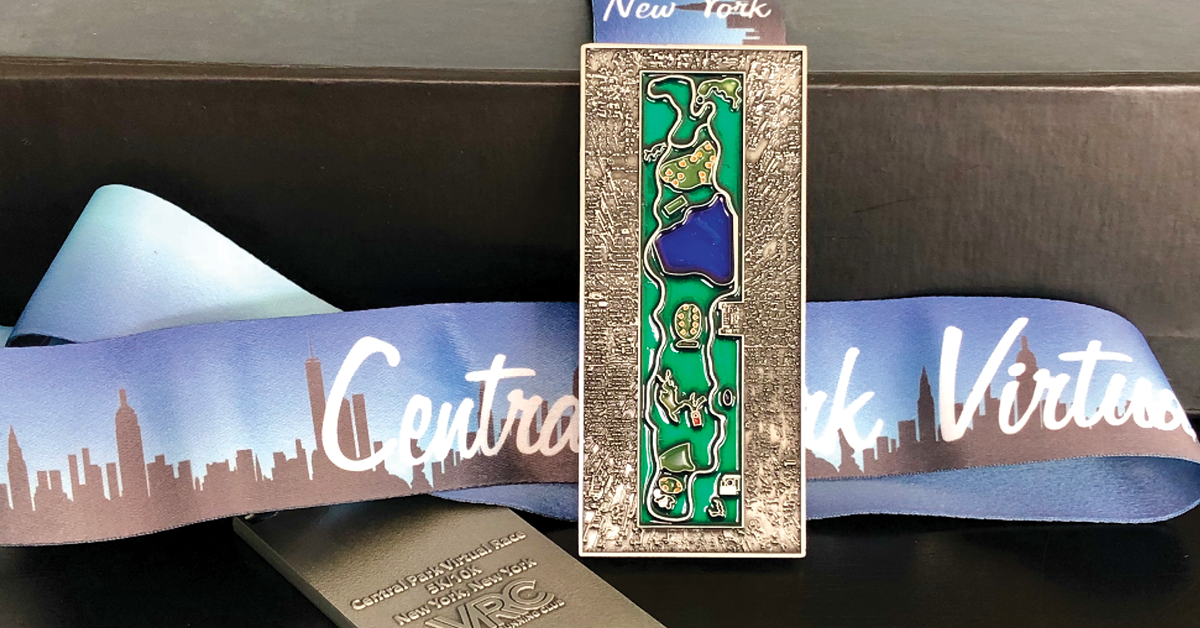 When my Russian friend Anna came to visit, I (reluctantly) gave her the shirt because she loves Central Park…

she wore to the race (that we never ran)

but I kept the medal.

Then I felt guilty so I gave her one of my 5k medals that I won as an age group award.

Do you ever give away your medals and shirts?

As a Rock N Blogger, I definitely feel FOMO every time a Rock n Roll race happens. My plan was to run several Rock N Roll races.  But they cancelled Brooklyn and the only east coast race is Montreal.  So I signed up to run the half marathon…

…then I also signed up for run the 5k the day before.

Yup, it’s all about the bling.

Any other Rock N Bloggers out there running RnR Montreal??? Hopefully “yes.” Anyone else run TWO races in one weekend to get an extra medal?

I used to race every weekend especially in the summer. But believe it or not, I skipped Jailhouse Rock 5K, one of my favorite summer races (and a PR op due to the downhill finish).

Do you ever skip a race in order to run with friends?

If you read my blog, you know that one of my recent NYC races was cancelled.

There was no refund but they re-scheduled the race. I live almost 3 hours north of the city and I would have pay to get to the city and pay for a hotel room in order to run the race on its new date.

Yes, you guessed it, I registered for the race anyway. I used my points for a free hotel room.

In order not to lose my $40 registration fee, I am spending $40 more for MegaBus tix to get to and from NYC.

Anyone else want to join me?  Want to buy Anna’s bib?

I bought a new skirt from Skirt Sports (that I don’t need) because I thought that the new pattern matched my running shoes.

...except that it doesn’t match.

Ever buy new running apparel just because of the color?

It’s Friday so I’m linking up with Running on Happy & Fairytales and Fitness for the Friday Five 2.0 linkup! Join in! Don’t forget to link back to your hostesses and visit some other bloggers.

Happy Running! Anything to runfess this month? Please share.

35 thoughts on “Runfessions for August”