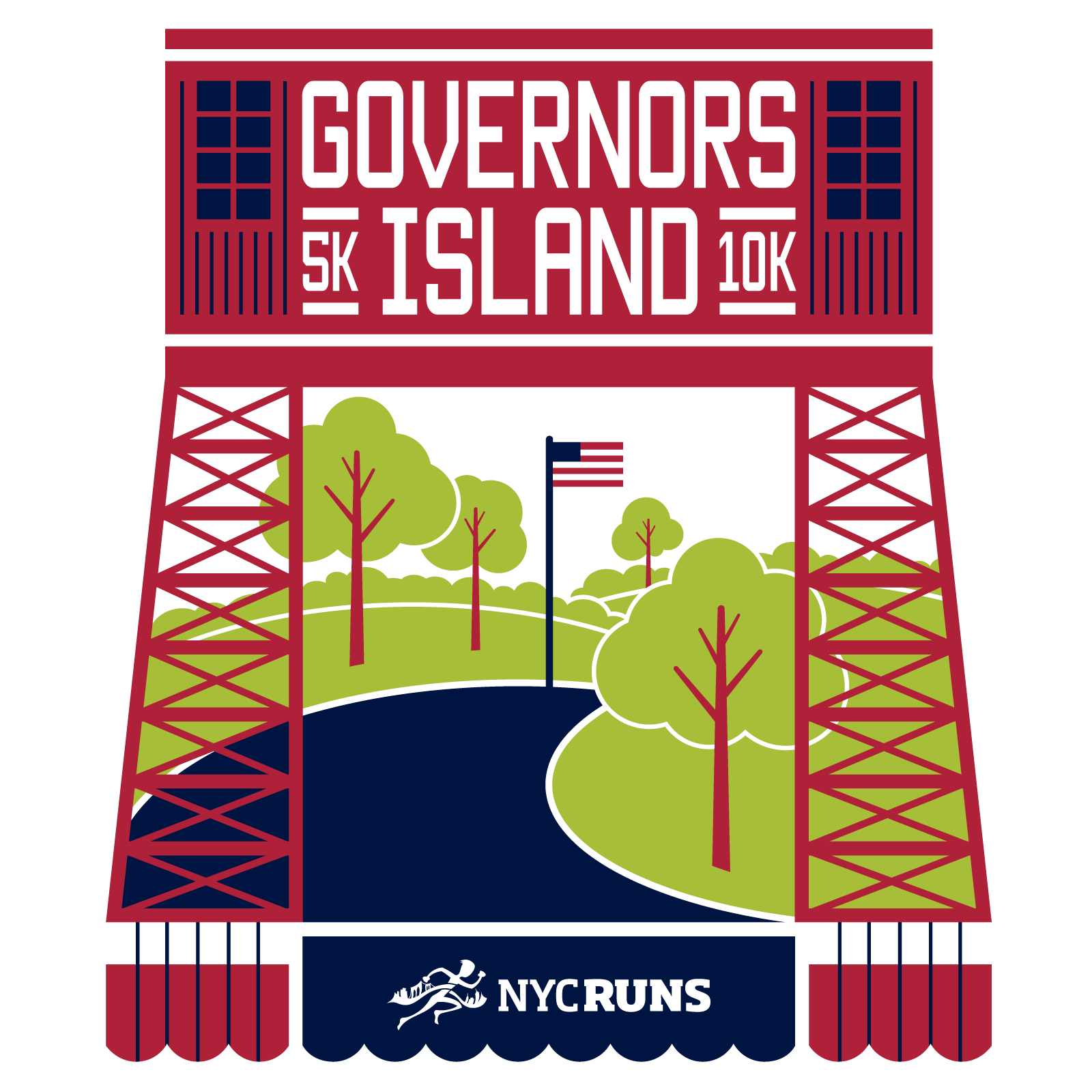 I was planning to race today as I usually do but this race was not the one on my plan. I usually run the HILLY Camp Chingachgook Challenge 10K.

After I ran a HILLY 15k back at the end of June, I was planning to switch and run the Half Marathon.

However, my friend Anna from Russia saved the day.  She informed me that she was coming to the US and would be in NYC that same weekend.

You wouldn’t expect me to go to NYC and not a race, would you?  Actually, it was Anna’s idea not mine. She wanted to run a race with me again and this race was happening on Saturday.

I’ve visited Governor’s Island once and I’ve always wanted to run there.

So we both registered even though I didn’t know much about the race besides what was on the website:

I couldn’t arrive in NYC until Friday night so Anna was supposed to pick up our race packets. Then she couldn’t get an early train so I changed my train, rushed to Paragon Sports (on the other side of the city) and made it just in time.

I then met Anna at the train station, walked to our hotel, and made plans on how to get to the ferry and to the race. Then we went out and explored the city.

Of course we went to bed too late but I hadn’t seen her in almost 2 years so lots to chat about.

rain was predicted so I brought a jacket and umbrella along

I picked out my outfit the night before.  I planned to wear my Skirt Sports race favorites – gym girl ultra skirt which is a perfect length for running and its pockets hold my fuel and other essentials AND wonder girl tank, also with a pocket (in the cleavage) and a very stylish comfy fit. (Use my code 128card to get 15% off these other Skirt Sports items.)

After a late night and not much sleep, I was glad that we decided on an Uber to get to the ferry rather than relying on the subway schedule. I ate my usual hotel breakfast (oatmeal & coffee) in the hotel room and left later than I would have liked but arrived to the 7:30 ferry (the last one!) with plenty of time to spare.

waiting to board the ferry – no rain yet…

The ferry ride was short and sweet. The views were pretty even with the cloud cover.

As we arrived on the island, it started to rain.

But just drizzling.  We hoped that it would stay that way.

But it didn’t. Shortly after we arrived, we started to hear thunder and then see lightning. Everyone ran for cover as soon as the skies opened up.

There were little houses with screened in porches. We squeezed into the first one we saw.

It was raining so hard and so windy that it was raining actually sideways.  We put our umbrella up in front of the screen to stay dry. We stayed there listening the thunder for quite awhile until we started to see runners heading back to the ferry.

They told us that it was too dangerous and to seek shelter in the ferry building.

Of course by that point the rain had let up but storms were predicted to come and go.

We were bummed but since the rain had now stopped, we decided to make the best of the day. We thought about heading back to the hotel to change our clothes but why waste the time.  My racing outfit was perfectly suitable and comfortable for all our planned activities…until dinner.  (Thank you, Skirt Sports.)

First we headed to the Brooklyn Bridge and We walked/ran over it and then back.

Then we had brunch at restaurant along the water at the South Street Seaport. Then we took a tram to visit Roosevelt Island where it rained on and off.

Finally it was time for dinner and to change out of our running clothes.

Since we still had not run together, we got up the next morning and walked to Central Park so we could go for a run. We bumped into runners competing in a 15 mile race and had a nice leisurely 5k run, followed by breakfast.

So there was no race and it was sad.  There is nothing you can do about the weather.

Nope, the race is re-scheduled for September 29. (I do understand that money was already spent on this race.) Unfortunately, I doubt that I can afford to go back then and Anna lives in Moscow.  😦

Happy Running! How is your running going this summer? Any recent races? Ever had a race cancelled due to weather?