So today I’m linking up with Courtney to share my Year of Running in 2018!  Be sure to check her site and see how everyone else did!

Warning. I’m not good at picking just one or even two. Lol

So what determines a “best” race? Fastest? Best Food? Most scenic course? Most organized? Best swag?

Well, I unexpectedly had THREE PRs this year.  And they were at three of my favorite races. All three races deserve kudos for their organization, logistics, course, post-race food, etc. (Although no medals at any of these races.)

But I loved all of my 30 races. Each one was special in a different way.

My runs are not usually very good or very exciting.

But I’d say that my best ones were done with my local running friends. We now call our group the “Sole Sisters.”

They have gotten me to run longer and faster and to walk less.  The best part is being accountable during those long cold winter months.

I would be remiss not to mention that my job has allowed me run on some neat bike paths (Onondaga Lake State Park in Liverpool, Lake Ontario and Erie Canal Trail in Rochester and of course, Central Park and the river paths in Manhattan). That has been exciting (the running not the job or the traveling).

I have bought many pairs of running shoes but they are always the same (Nike Zoom Vomero). I have, of course, bought Skirt Sports running clothes.

The only thing new that I love are my Goodr sunglasses.

Well, there are quite a few.

First Des Linden who kicked a$$ and won the Boston marathon in those awful weather conditions. 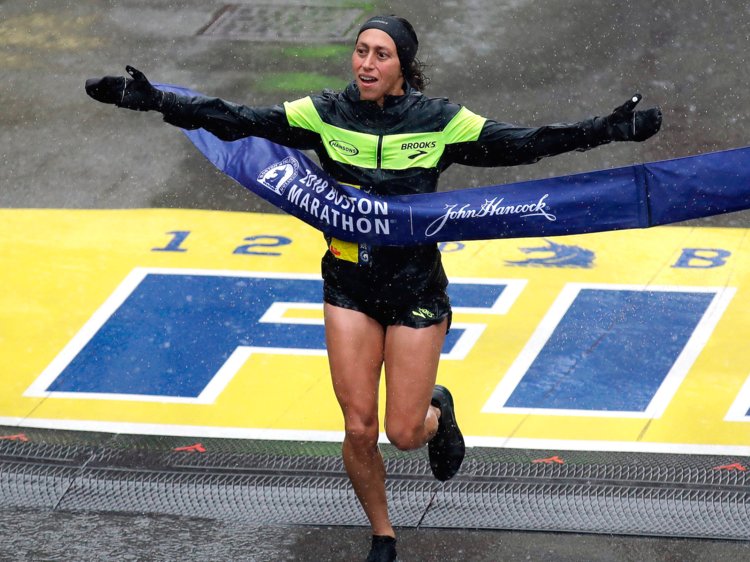 Again there are a few:

Well you know I love race-cations so there were several in 2018. A few of them, unfortunately, are on my “worst of 2018” list too. Stay tuned for that post next week.

I mean it was running in Paris and I loved it even though it didn’t turn out to be one of my better “races.”

It turned out to be a bad year for the race itself but racing with friends is the best.

Ending up on the beach in Coney Island? But again, not a good year for this race.  It poured!

I doubt I will be able to repeat any of these but I would if I could.

Happy Running!  What are some of the highlights of your year in running?  Please share.