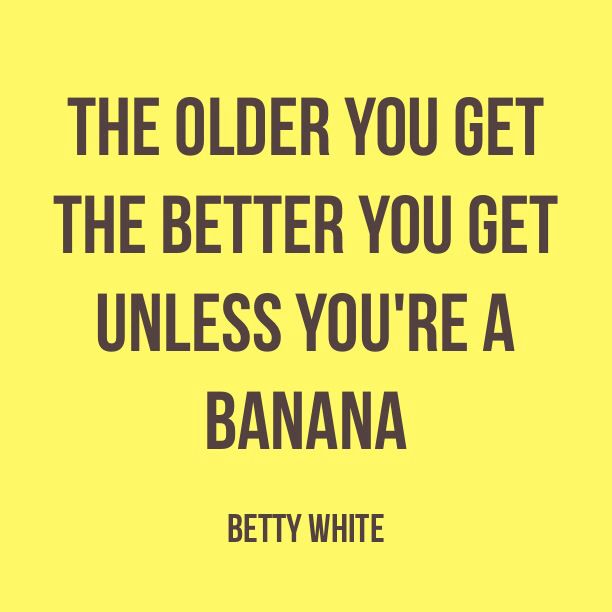 This quote always makes me laugh.

Don’t forget to Link-up with Patty, Erika, and Marcia and either meet some new bloggers or catch up with ones you already know.

This month’s topics are free so I’ve chosen: “I’m Getting Better.”

I know they say that as runners age, they get slower.

That may be true if you started running young. Of course, you are slower than when you ran in college.

But at as an adult-onset runner, I think that you can still get faster or at least become a better runner as you age.

For most of us, we think better equals faster.  And yes it does since races are always timed.  But we can also become better in many ways.

Maybe it’s mental but I refuse to believe that I am getting slower.  I don’t try to PR at every race.  I don’t even train or do drills to PR.

But I enter each race to do my best, have a fun and if possible, have a course PR.

That helps take off the pressure because every race is different even if it is the same distance.

the most satisfying because of the difficulty of the 10 miles

this hilly 4 miler was faster than a flat one

Every race that I repeated, I was faster in the same race this year.  I don’t expect this to happen in the coming years so I am enjoying my current success.

However, I refuse to believe that my speedy days are over.

Yes, I know it depends on how many are in your age group and who shows up.  In any given race, you can win one and even if you have a PR, not win one.

As you age and enter new age group groups, your chances increase.

I have been lucky this year to win one in almost all my races.

Yes, hopefully we get smarter as we age.  We take rest days when we need them.  We skip or shorten our runs when we feel pain.

I hope it stays this way.  That means running smart.  Deciding when to run easy and when to go all out.

We take race-cations, go on girls only weekends and sign up for challenges, Ragnars, and other wild running events.

I have always tried to coordinate a vacation or visit to a friend with a race.  Last year, I participated in a girls weekend in Florida and one in NYC and it was so much fun, that I planned more this year:

So what do you think?  Can we become better runners as we age?  Are you getting better?