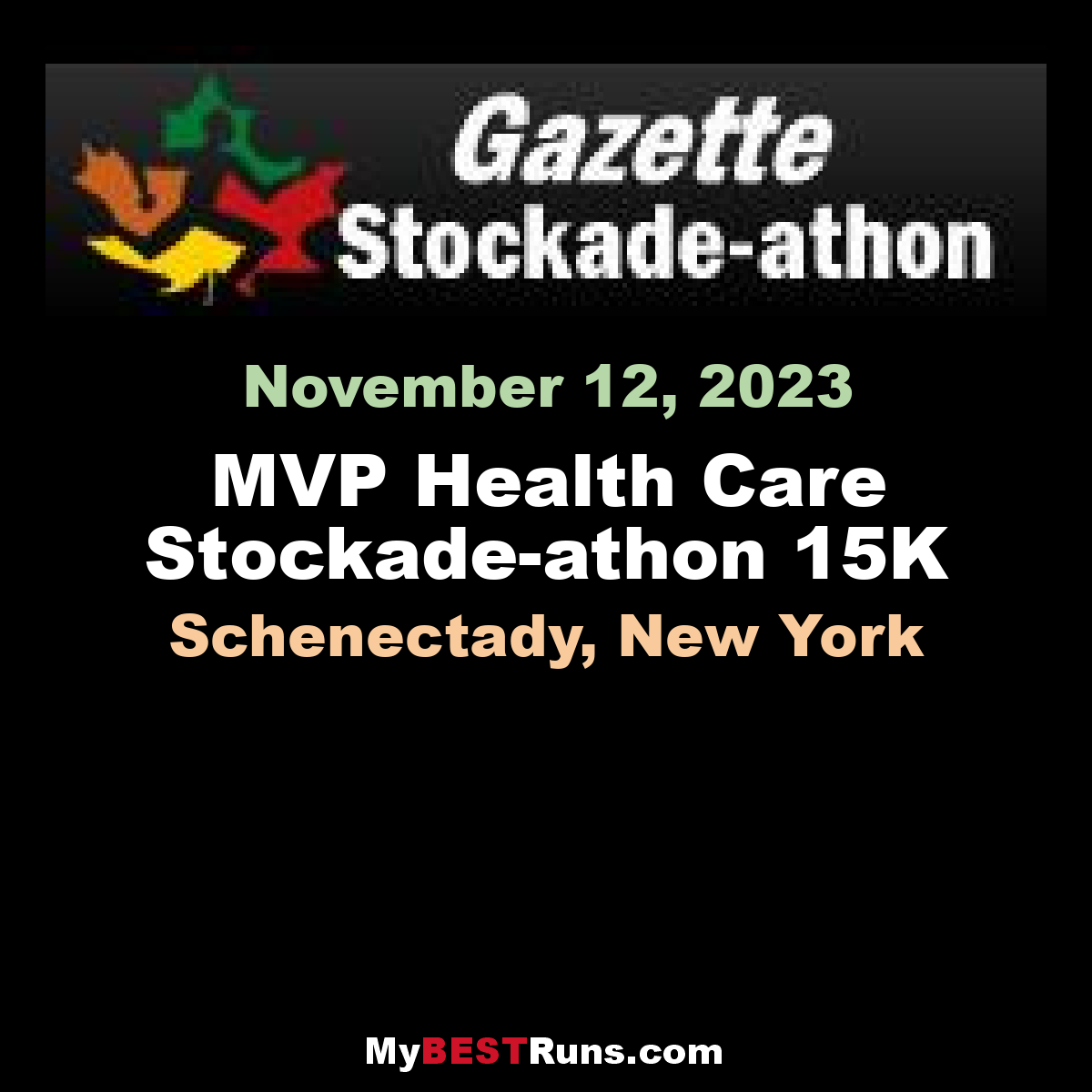 With over 2000 runners in this race, they were forced to make some changes to the course two years ago.

This is a description of the new course:

It starts near Veterans Park in downtown Schenectady. The course travels west on State Street for 1K before entering the historic Stockade District and proceeding on a scenic bike path in Riverside Park along the Mohawk River. The course exits the Stockade District via Front Street after crossing Erie Blvd. The course then proceeds east on Nott Street past Union College before entering the historic GE Plot residential neighborhood via Lenox Ave, Douglas Rd and Rugby Rd. The course exits Rugby Road and proceeds north on Waverly Place near the 5K mark. The course turns east off Waverly and follows Grand Blvd to the city boundary with Niskayuna, then proceeds south on Dean Street to Central Parkway past 8k. After a 1K residential loop on Central Parkway, the course enters beautiful Central Park and follows a bike path around Iroquois Lake and Duck Pond before reaching its highest elevation near 12K. The final 3k is mostly downhill or flat as the course exits Central Park and proceeds west through historic Vale Cemetery and Vale Park before a final downhill section on Franklin Street to the finish at City Hall.

Last year, they decided to stay with the same course. Yay!! But I was training for an early December half marathon (like this year) and was shocked that I finished at 1:31:35!! Yes, a PR by almost 2 minutes …without even trying!

This year whose knows?  Life and work have gotten in the way of my running.  That means that anything could happen!!

So I didn’t expect to PR but just wanted a decent long run (and not get INJURED!!)

it’s a sleeveless cotton tank that is too big

To save time, I picked up my race packet on Saturday at Fleet Feet in Albany. I did a lot of errands and then went out to dinner with my hubby. I normally have pizza as my pre-race meal but there was none on the menu and I was starved.  I had clam chowder, steak and a cronut with vanilla ice cream & salted caramel sauce for dessert – BIG MISTAKE!!

As usual, I didn’t sleep much the night before the race. I had decided what to wear but still wasn’t sure about how cold it would be. It was in the 30s when I got up but it was forecast to warm up to the high 40s. I hate this time of year. But at least there was a bag check and I could bring extra clothes for after and in case I change my mind.

My stomach was already telling me that my dinner choices were a bad idea.  I was hoping that it wouldn’t affect my race.

Even though, I went to this race before, I still left extra early. I got there around 7:15 am and found a spot on the street a few blocks from the start of the race.

I walked to the YMCA to use the restroom and check my extra clothes. There I bumped into a few familiar faces. I also met someone new – a fellow Skirt Sports Ambassador and we spent a lot of time chatting.

I used the restroom right away and was glad that I did since the line got very very long later on. It was so nice to have some place to stay warm before the race. They even had water, coffee, donuts, fruit, etc. I didn’t eat anything since I ate breakfast before I left but did take a GU.

I decided not to wear my capris nor my jacket.  I kept on my gloves and throw-away shirt.

On my way out, I bumped into Judy and we walked a few blocks to the starting line. We didn’t start together but planned to meet afterwards.

during the National Anthem

The weather was actually perfect.  I tossed my throw-away shirt before starting.  I kept on my gloves (but they didn’t last long.)

As with any big race, it was very slow going at first.

As the map above shows, we headed west along the Mohawk River into the Stockade section of town.

After the bike path and the Stockade area, we ran past Union College and around various residential neighborhoods.

I knew a lot a runners in this race. They kept catching up to me, we’d chat and then they would go on ahead. That was ok with me. I was determined to run at my own pace and have a pain-free race.

happy at he beginning

I was trying to keep my pace under 10 but at this point I was starting to slow down. My legs were tired. Who thought running a fast 5k two days before a big race was a good idea??!! Besides, the hills were relentless. I remember last year being able to run up them. Not this year but I gave myself permission to walk if I needed to.

The worst part was my stomach.  Between mile 3 and 4, I got really bad stomach cramps.  I could not even run.  Plus, I knew that there would not be a port-a-potty until the park around mile 7.  So I walked…. and walked. (I was afraid that I would have to walk the rest of the race.)

things are starting to go south

Eventually, the pains minimized so I was able to run.   I knew there would be no PR today so I just enjoyed the scenery and chatted with many runners as they went by.

Around mile 6, we entered Central Park with its rolling hills, lake, and pretty foliage.

still foliage in the park – so pretty

I wasn’t concerned about my time and made sure that I stopped at all the water stops and smiled for all the photographers.

leaving the park – you can see me if you look closely

Between mile 7 and 8 is where the BIG hills were. I ran/walked up the first one. Then I decided to run up the second because it was the last one. It was so steep that when I got to the top, my legs were jelly and I could hardly run.

At least the hills were over and I got a second wind. We proceeded to run through the cemetery and then through a park before heading DOWNHILL to the finish line at city hall.

Of course, the wind picked up and we were running INTO the wind!! But I was passing runners, even men. Pysched!

trying to pass the lady in front of me – I did not!

And when I saw the clock in the distance, I ran as fast as I could.

I finished at 1:32:49!!  (over a minute slower than last year but faster than the year before)

I was happy with the results. I ran the 1st and last 5k in around 30 minutes and the middle one in around 32 minutes.  That means that I was able to pick up the pace at the end.

I bumped to another Skirt Sports ambassador while waiting for Judy to finish.

two weekends in a row finding Eleonora at the finish line 🙂

I also checked the results. There was no chance of an age group award. All the speedy old ladies run this race. I think that I was 10th.

I got to see Judy finish and she PR’ed!!

Then Judy & I walked to Proctors to get something to eat. There were vegetable soup, pizza, bagels, cider donuts, fruit, chocolate milk, yogurt, and lots more.

I had to pose with my idol for a pic

Before leaving, I bumped into a bunch of Strong Running Mamas and of course, we had to take another pic with Ed.

I really enjoyed this race (despite my wretched stomach.). The course was so varied that it also took your mind off the hills. With the large number of runners (1500), I felt like I was always running with others and it kept me going.

The best part of the race was that NOTHING HURT!! Not my feet, not my back…nada. I didn’t put it all out there (thanks to my stomach cramps) and I just enjoyed myself.

This race is definitely on my must-do list. It was very well organized. Maybe all the stars will be aligned next year and I’ll gun for that sub 1:30 finish.

Happy Running! Did you run or race this past weekend? If so, how did it go?