So fall has finally arrived!! And very recently, we’ve even experienced some cooler temps (even a few flakes of snow).

So here’s how October went down…

We’ve been lucky and had a pretty mild fall with very little rain. So I was able to run at least 3-4 times outdoors each week which is great because I do not have a treadmill at home.

I ran mostly at UAlbany (near work). It’s easier than driving to run. Plus, it’s starting to get dark earlier and earlier.

I ran with Alyssa several times. Like Barbara, I met her through FB. I struggle when I run with her but she gets me to run faster. She says that I make her faster. Win-Win. I also ran with Barbara and she is even faster than Alyssa. Unfortunately she is on the DL for a few weeks. 😦 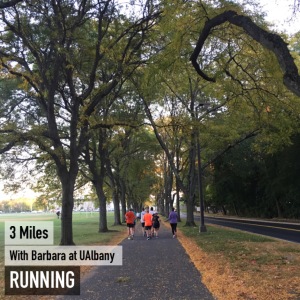 There were four of these! One was a half marathon and one was added miles to a 5k race. 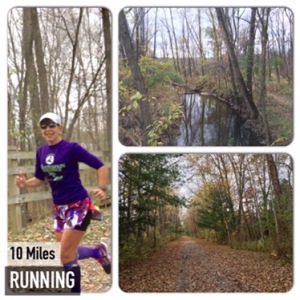 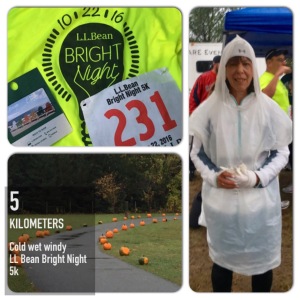 I was generally happy with how they all went. I did not have PR goals but I did PR in my Half Marathon!!!!! Pysched!

And I won age group awards in both of the 5ks.

I knew runners at all of the races and they were all super fun (except for the wet one). As you can guess I LOVE RACING!!

The tennis season has moved indoors and that means that I have be a member of a club and join a contract. $$$$$ So I don’t play as often as I did in the summer (when it was free and I was unemployed.) I am scheduled to play two Tuesdays a month but do get called to sub on the other weeks.

I DID NOT go to a single yoga class!! Someday I will do, I think. Maybe!

I did NOT workout at the gym or at home at all. Total slacking here!!

I did go hiking once. I had planned to go more. It is so beautiful around here in the fall. But fitting it in (now that I work) was very challenging. 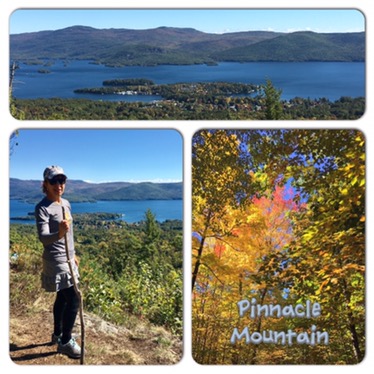 I did walk every day at lunch for 30 minutes – Either around the outdoor shopping mall to get a Starbucks coffee or around a short nature trail. 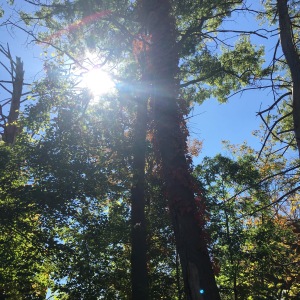 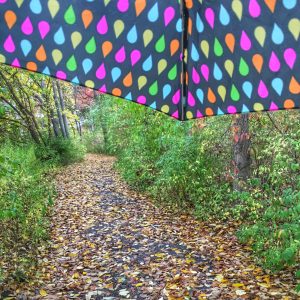 My running groups have continued this month. The Troy Turkey Trot Challenge group meets on Monday evenings and Saturday mornings. I can only go on Mondays. I am running with my friends in the 10k group. It will be the one day of the week where I may have to do speed drills.

The STEM group meets on M, W, F and I volunteer and run with them on Wednesday evenings. We are doing the Couch to 5K program with some new and returning runners (who are domestic violence survivors) to train them for a 5k race on Nov. 19.

I took a day trip to NYC to meet up with my college friends (We spent our junior year together in France) . Then on the same day, I met my tennis friends to go to a Broadway show. What a full but exciting day!! 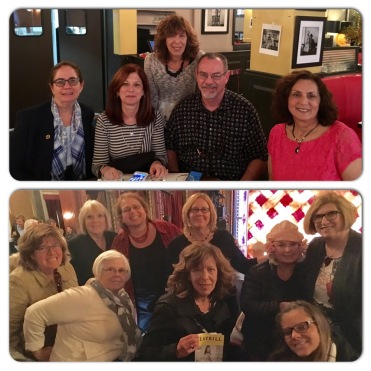 brunch in a French restaurant and then off to see “Waitress”

I spectated at a friend’s duathlon. I think I’ll stick to running.

I spent one last day boating on Lake George. It was fun but I am sad to see the season end.  Winter is sooo long!!

My next half marathon is December 3 and I am very excited.  It will also be a blogger meet-up!!

I do have a lot of races coming up. Fall is my favorite time to race. This is my list so far for the next 2 months:

I have a racing addiction!!!

Happy Running! How did your October turn out? Anything exciting planned for November?