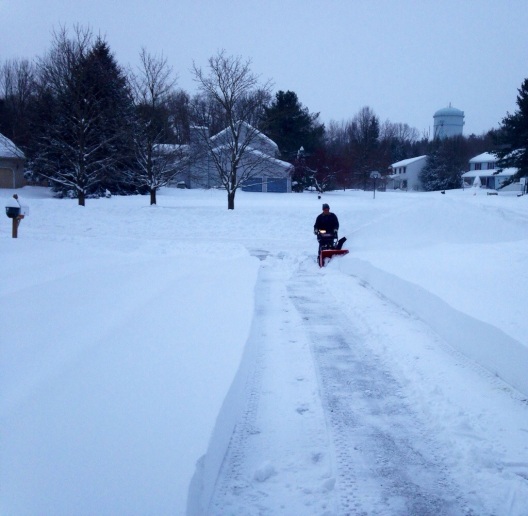 my driveway during a previous snowstorm

But I panic when I have a long run scheduled and a snowstorm is forecast. 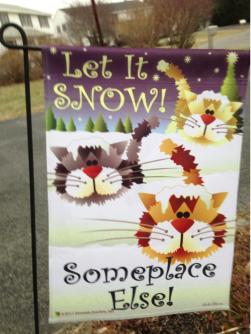 I bought this flag in Florida (because of the cats)

What would I had done? 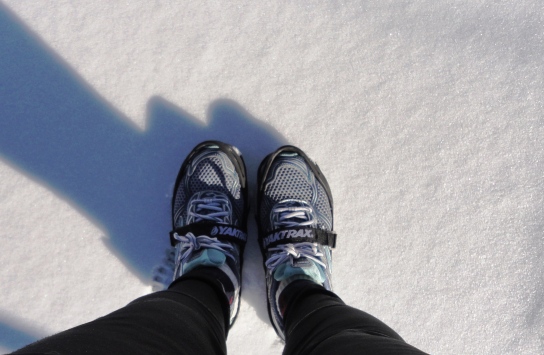 I don’t love to run in them but I would have had it snowed. 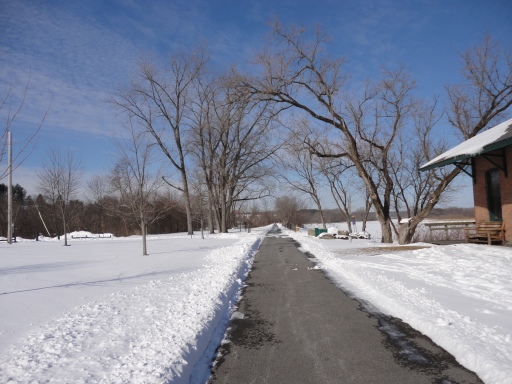 one of my favorite places to run (from a previous winter)

Again not an ideal for a long run but doable. 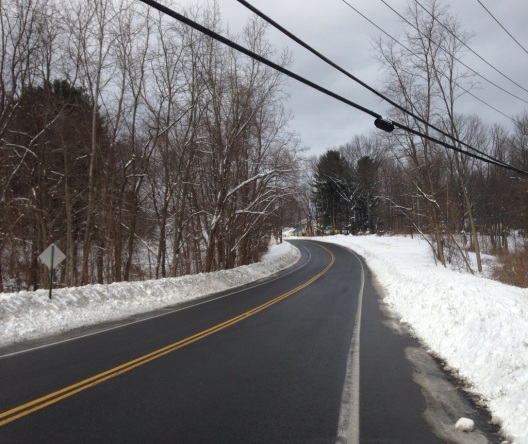 Sidewalks are never consistently shoveled.  You have to be wary of cars but it would be the only place to cover those miles. 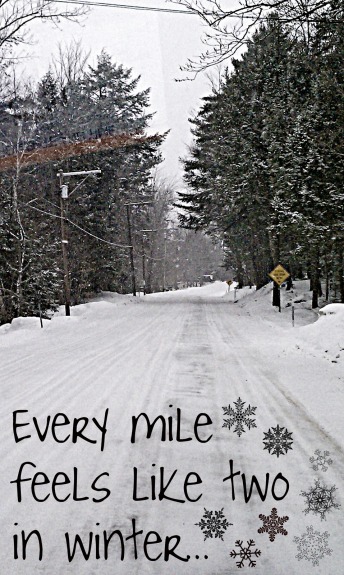 What would I have NOT done? 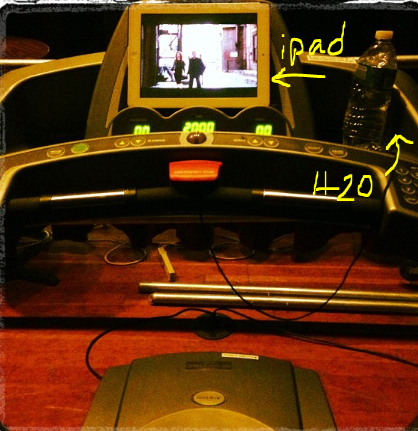 nothing I could do would make 12 miles bearable

a long run when you have a half marathon in TWO weeks!

But the storm hit south of us.  Hip Hip Hooray!

My pleasant challenge was to choose a new location to run.  I’ve run on the Delmar Rail Trail, Corning Bike Path and the Nisky Bike Path.  So I decided on Colonie Town Park which also includes a bike path.

We didn’t get any snow but boy was it cold!!! 16 degrees when I arrived but in the single digits with the windchill.

First I ran 6.2 miles as part of the Challenge Yourself Virtual 10k Race.

I’ll recap it in my race report tomorrow but basically I ran around the park for 2 miles and then toward the Nisky bike path for 2 more and then turned around (made a wrong turn) and finally finished with 2.2 miles back to my car.

I took a lot of pics and my fingers were numb but otherwise I survived the frigid temps. 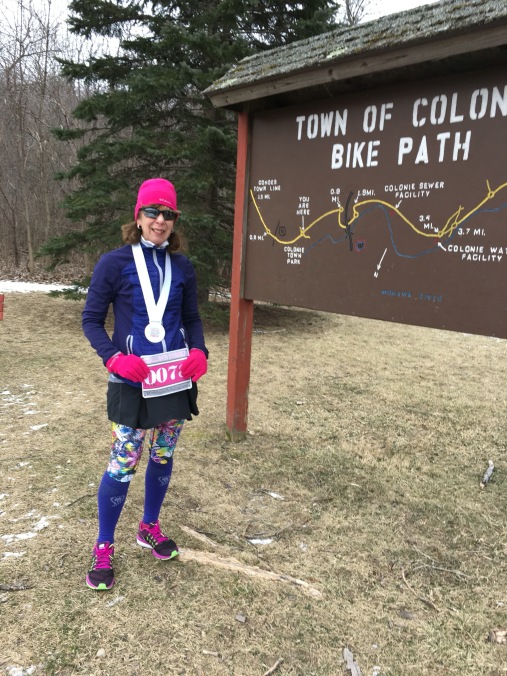 Again I was lucky that Judy agreed to keep me company on my last 6 miles.

I was too cold now to take many pics. When we started out, we took it very slow since there were several icy patches on the path.

Luckily the path became clearer for the rest of our run but the wind picked up..Brrrr! 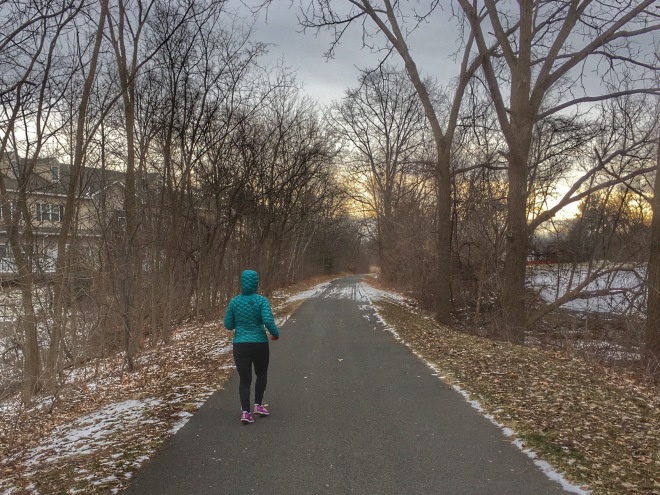 I ran with Judy for the first 3 miles. It was nice to run and have someone to talk to. It made the miles go by faster. 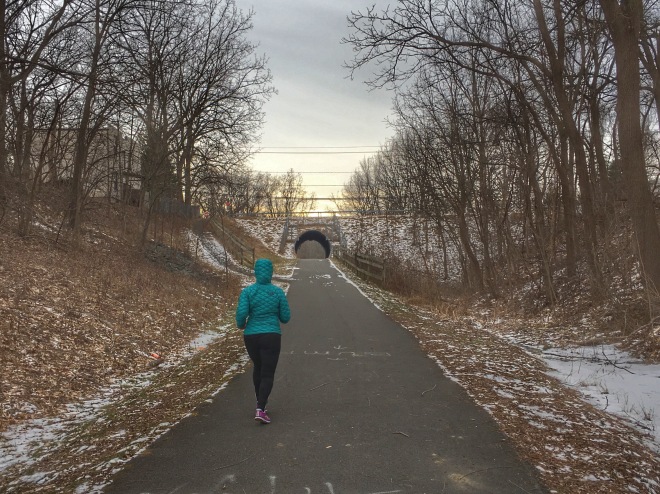 However, on the way back, it uphill and windy.  I had a hard time running at her speed so I didn’t.  I just ran ahead and stopped and waited for her several times and then ran ahead again. 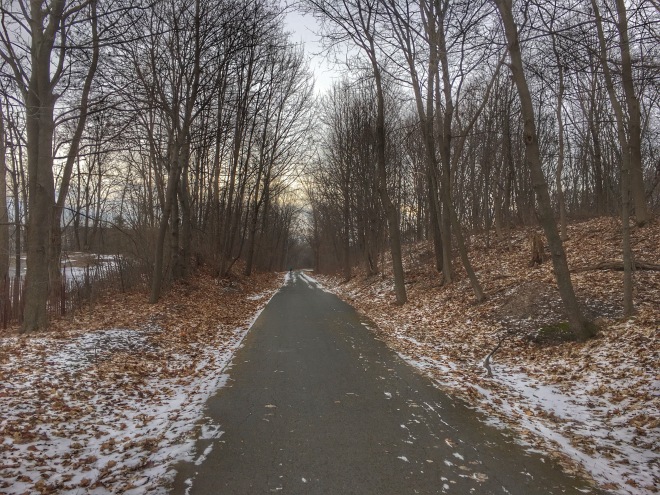 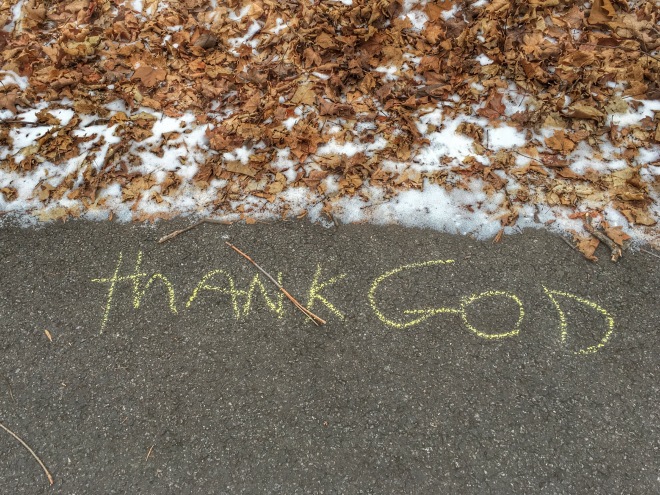 If it were summertime, I would have stopped at Guptills for an ice cream cone. Instead, I stopped at Target for a Starbucks hot mocha and to pick up a few food items but as usual spend over $200.

I also stopped at Norstrom Rack to buy another pair of those penny smartwool compression calf sleeves. 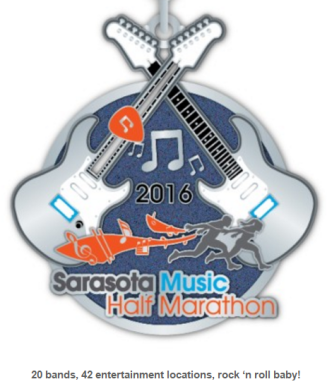 Happy Running!  Did you get hit with the snowstorm?  How do you cope with running in the snow or cold?