It was a busy weekend but I got it all in.

First what I thought would be a long solo long run on Saturday turned out to be with a nice run with Judy.  She decided not to run with her running group so I lucked out.

We picked the Nisky Bike Path since it was convenient for both of us.  Judy thinks that she runs too slow for me but for long distances, I struggle with speed so I was fine with her company. 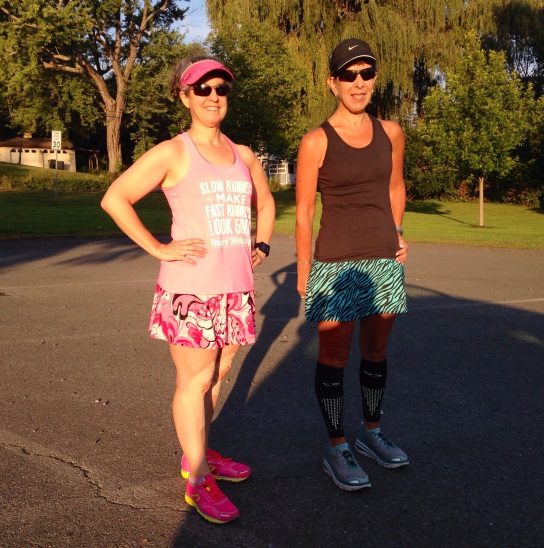 The weather was perfect for running – sunny but not too warm.

We started in the opposite direction from my last long run here.

I was running naked – no Garmin, no running app on my phone.  Nada. I had no idea of my pace.  No idea of distance. So relaxing.  Judy was in charge.  I did what she planned. We ran 4 minutes and then walked for 30 seconds.

I am used to running a lot faster and walking more often and longer.  So sometimes I just slowed up to take photos and ran fast to catch up to her.

Running with someone else and chatting definitely made the miles go by faster.

At 4 miles, we turned around and headed in the opposite direction. 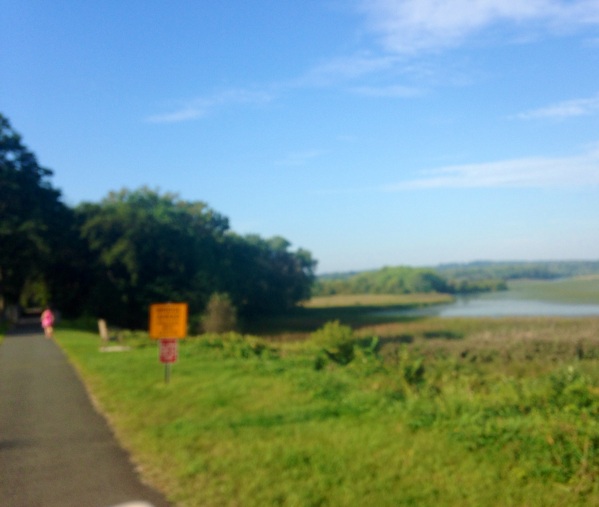 We passed our starting point and continued about 2 miles before we turned around again.

We walked a bit and chatted and then I asked Judy to take my photo running. 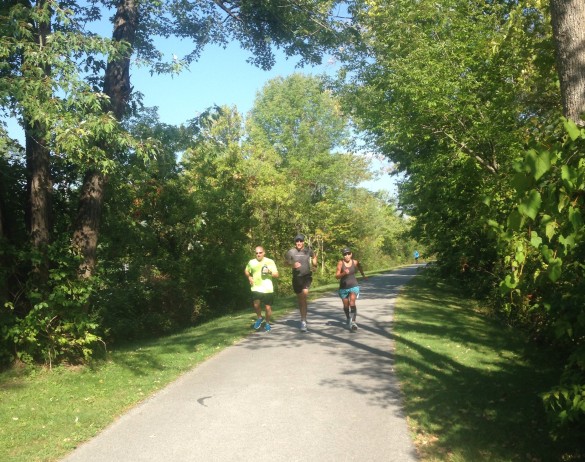 Yes, I chicked these guys.

Since we still weren’t at our starting point yet, I decided to run some more to get closer to my planned 12 miles. I think  I got to 11.5.

Then we took photos at this NEW gazebo. 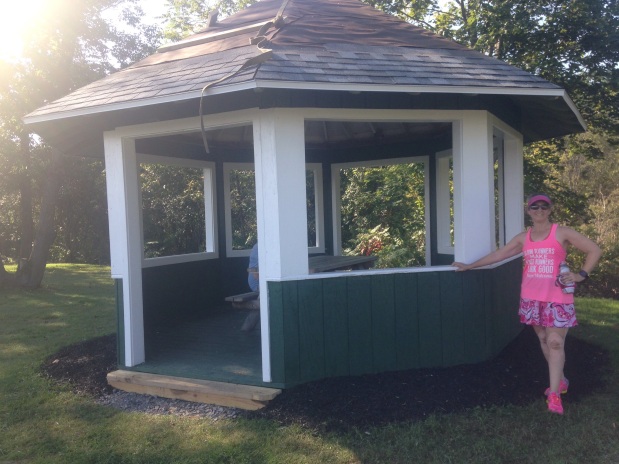 So  happy to finally have a good long run! 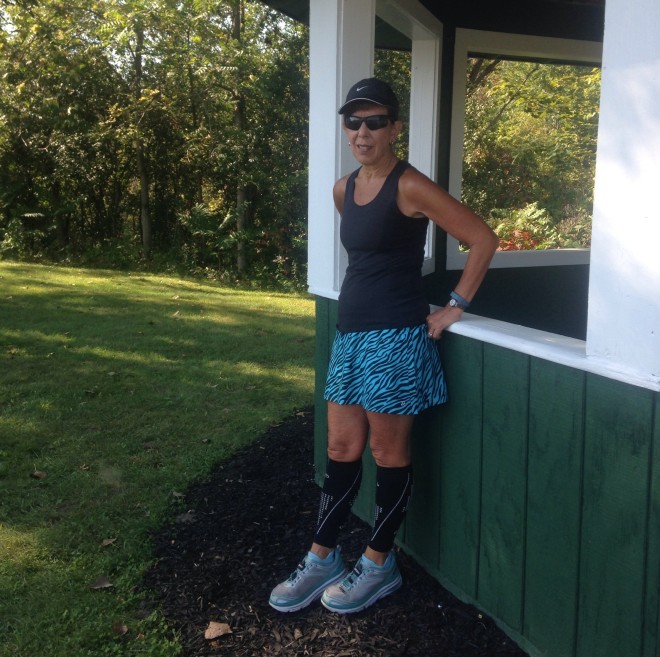 I felt great after this run. Not tired at all. I didn’t even break a sweat.  Nothing hurt. (I did get a blister but didn’t notice it until I took off my sock.) 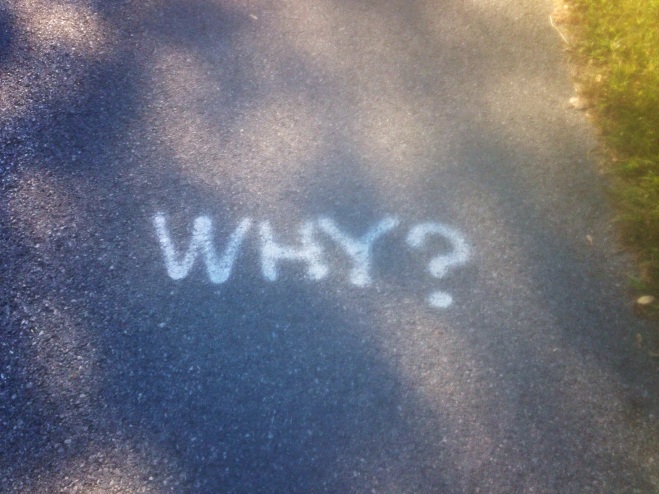 passed this twice so had to take a pic

Maybe the pace was too slow but it felt so nice to not feel like dying during a long run and to not to have to worry about pace or distance.  Thanks Judy!!

After the run, I was off to meet my hubby who was waiting for me on our boat.

In front of marina, there were wood boat races so we hung out for awhile and watched. 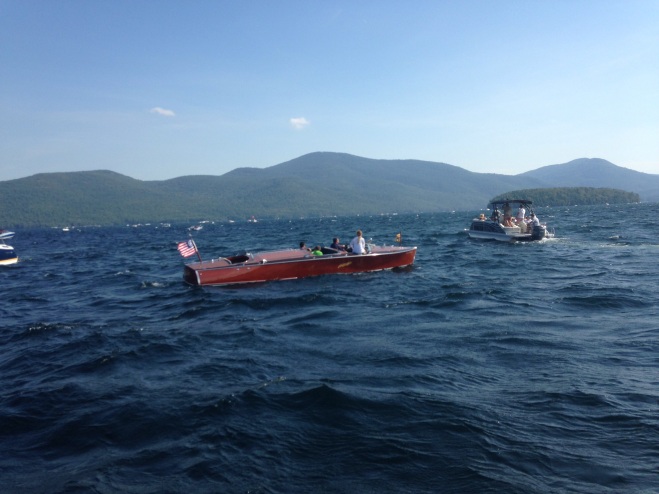 Then we headed out and hung out and relaxed on an island.

The plan was for we to head up to Schroon River to spend the rest of the weekend with my mah jongg ladies. But when I got there, they were leaving. There was NO water!  My hubby came up to see if he could fix it but he could not. So we went out to dinner and headed back to our boat. So disappointing!!

Today, it was sunny again but a lot cooler. I think swimming on the lake is over for the season. 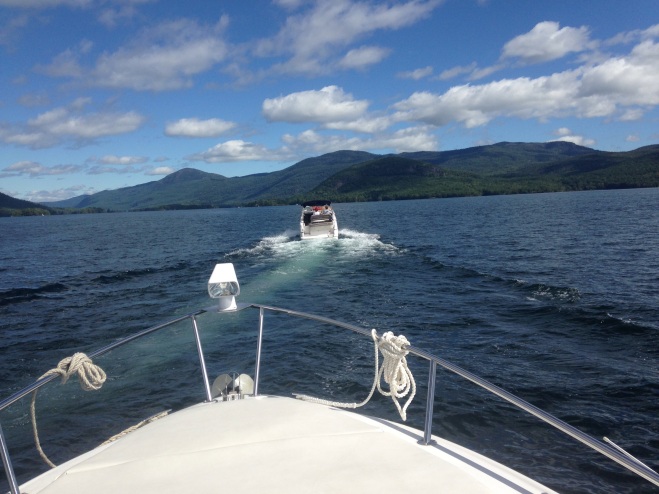 we are following our friends boat

We decided to get sites on a picnic island with 2 other boats, barbecue and spend the day there. 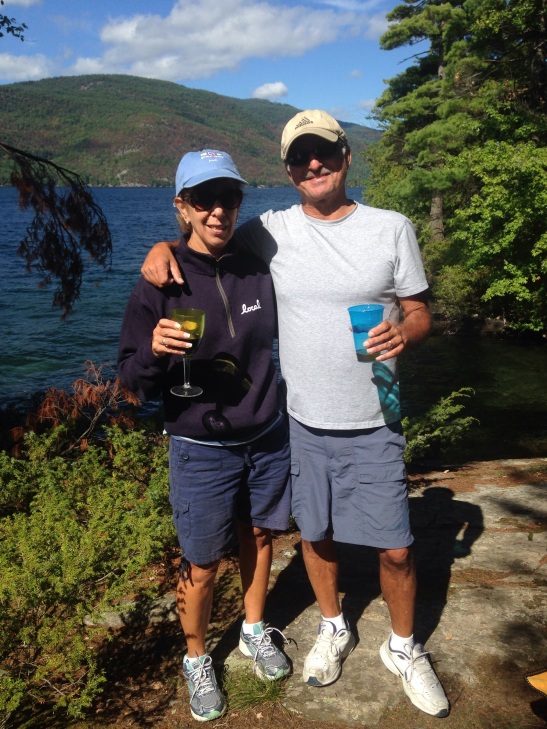 No mah jongg but still an enjoyable day.

Happy Running! How was your weekend?