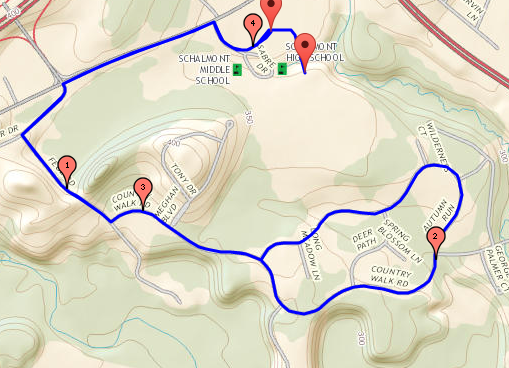 Though it’s not a new race, it is a new course.

This very popular local race used to be run in Green Island (Runnin’ of the Green) but I guess it got to be too large so they moved it this year to Schalmont (which was farther away.)

I had no idea if it were flat or hilly so I assumed that it would be a little of each.

Runnin’ of the Green 4 milers (flat): 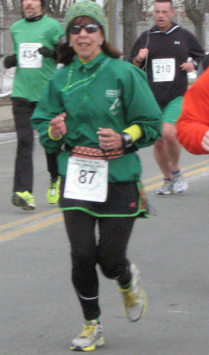 So I guess, my goal for the race would be to finish under 40 minutes.

Unfortunately, the forecast was for rain or freezing rain. I was not too happy. I HATE to run in the rain.

I woke up early to rain.  I was not happy especially since if it were nice, I planned to run 6 more miles after the race. It was also cold – 30’s. 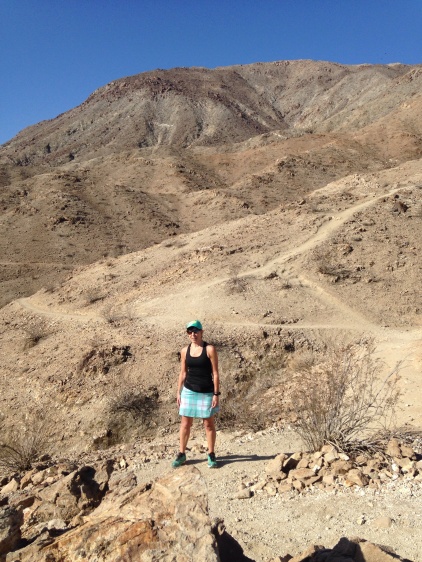 but I adapted this outfit for the East coast climate – tights, long sleeved shirt, jacket, gloves. 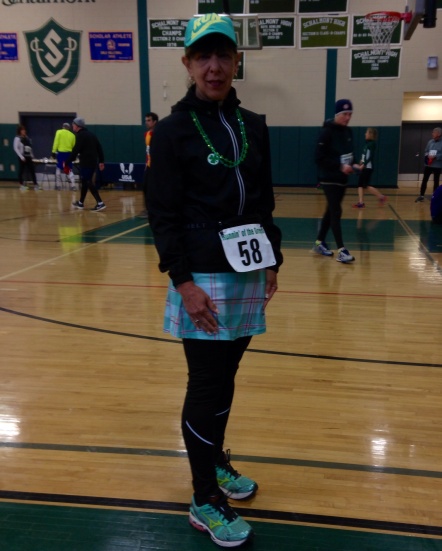 I left early since I didn’t know what the parking situation would be. But as it turned out, they didn’t get the attendance that they expected. There were half as many.  I think many runners thought the new location was too far.

We got a short sleeved tech shirt which was unisex so too big, 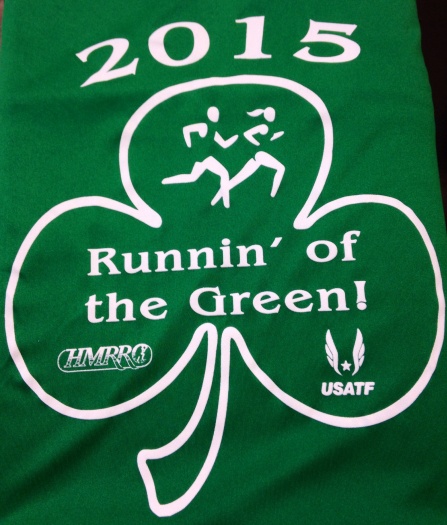 I bumped into the usual folks that I see at the HMRRC races.  We chatted and then it was time to go outside.

I made the wise decision to ditch the fleece vest because the rain had stopped (Hooray) and it was humid. 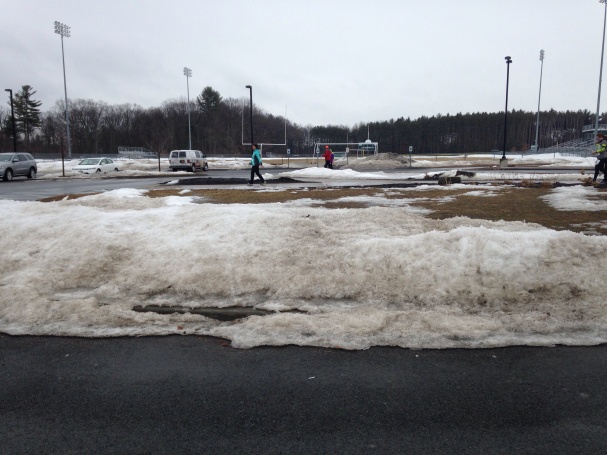 not a pretty sight

I made the obvious mistake of thinking I could keep up with these speedy ladies. I could not. But trying tired me out during mile 1.

There were timers at each mile and I finished the first mile a little over 9 minutes.

The course was not as flat as the old course but it was not too bad.  By mile 2, I was exhausted.  I crossed a little over 18 minutes but I was having a hard time breathing.  I am not used to running fast. It has been quite a while since I have run a short race – like November!!

So I walked at the water stop and then continued.

At mile 3 which was around 28 minutes, I was done!  I walked for quite a while.  Secretly I wanted to finish under 37 minutes but that dream had faded. 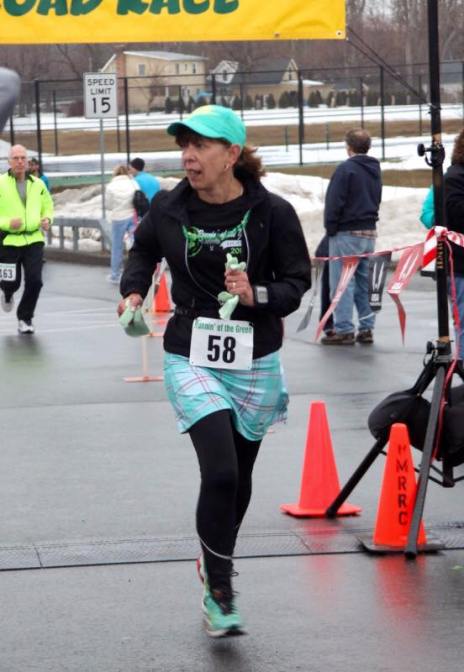 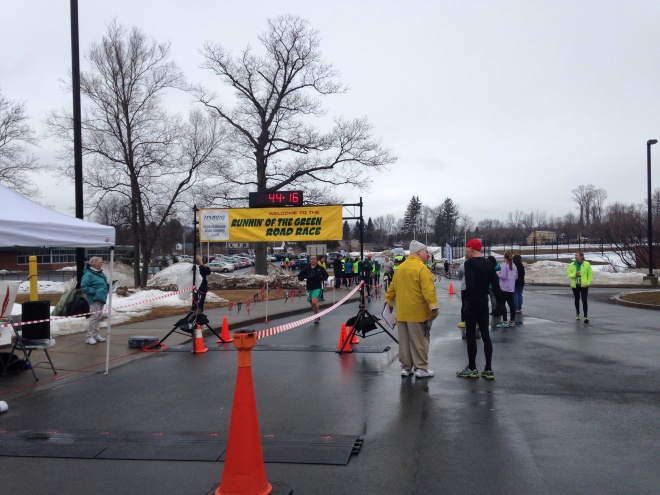 It never rained and I even got warm enough to unzip my jacket and take off my gloves. 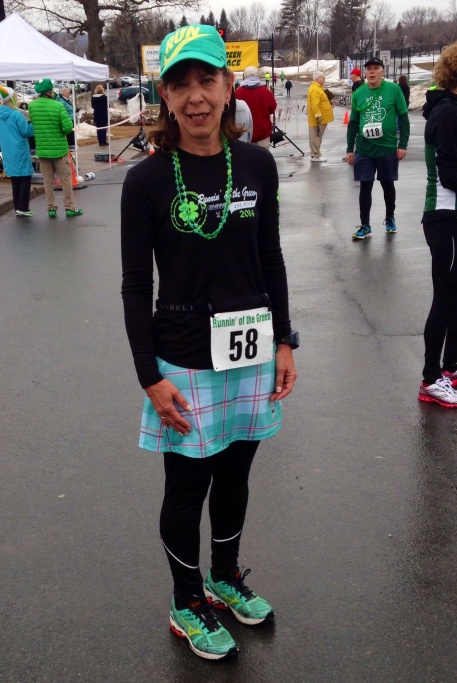 The refreshments, as usual, were decent – 2 kinds of soup, pizza, pudding, fruit, cookies, hot chocolate.  I ate everything while waiting for the awards.

I hung out with those speedy ladies again. They are my age but much faster and they run marathons and the Boston Marathon!! Anyway, they are super nice and all live near me.

those speedy old ladies ahead of me!!

Considering that I have done no speed work and not much running lately, I was pleased with my time.

I drove home and decided that if it was not raining, I would run 6 more miles – 2 loops around UAlbany. I ran one very slow one and then it started to rain so I quit.

I planned on 10 miles but only got in 7.  Maybe I’ll have better luck next weekend. 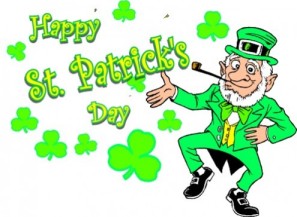 I’m linking this post up with Tara at Running n’ Reading for her Weekend Update! 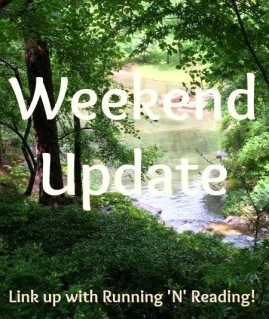 Happy Running! How are you celebrating St. Patty’s Day?

6 thoughts on “Runnin’ of the Green Race Report”