But I did NOT have a race scheduled for this weekend.

I decided to take advantage since next weekend I have a half marathon in Lake George, the following weekend, a 10K & a 5k, the weekend after that, a 15k and a 5k and things continue like that until …

So on Saturday, I decided to spend the day with Amanda, my mentee and her 2 sons. We started with an early lunch at Five Guys (I love their burgers & fries). 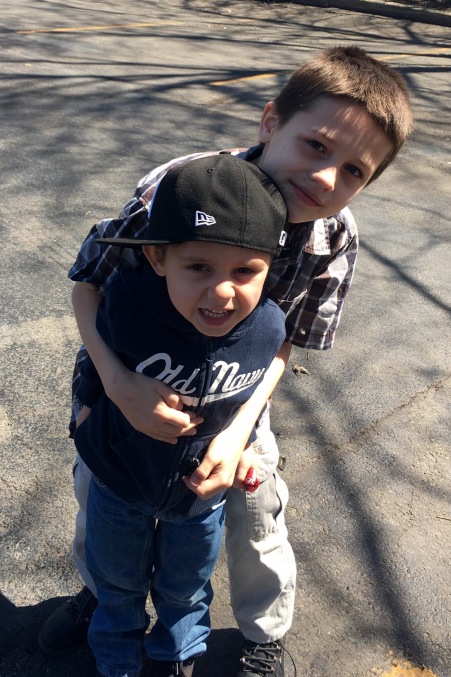 Then we drove about an hour to the Firefighters Museum.

There were rooms and rooms of firetrucks…some dating back to the civil war.

The best part was that there were many interactive and hands-on activities for the kids.

They had a blast.

Unfortunately, they still had a lot of energy so we took them to the park and finally, of course, we had to have ice cream!

I was exhausted by the end of the day!!

but today I had both: running & real sunshine 🙂

Today, bright and early, I got up to do my final long run (before my half marathon.

I usually do at least part of my long runs with Judy but she was out of town so her Denise (whom I ran with last weekend) agreed to accompany me.

I used to run 8 miles as my taper but the last halfs, I have run 10 miles so I decided to stick with that plan.

The weather couldn’t have been nicer.  In fact, I was overdressed. 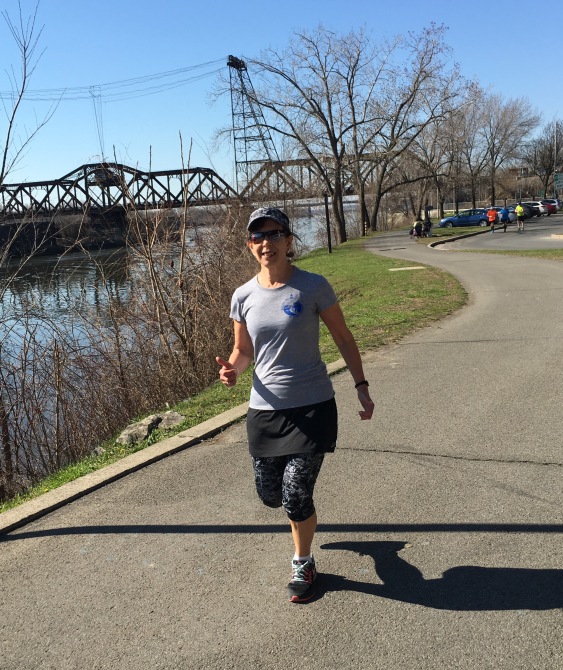 I should have worn a tank top and a skirt!!

We ran in one direction at the Corning bike path and turned around.  We were at 2.4 miles and stopped to get water. 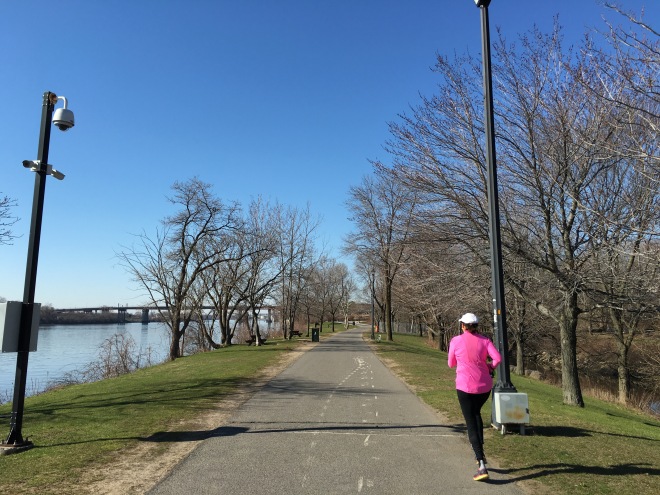 The we ran in the other direction and turned around at 8 miles.

I let Denise decide the intervals and she chose 4:1 which was fine.  I don’t really care.  My style is crash and burn (run until you’re tired and walk) but I am flexible and can run intervals too.

She thought that she would be too slow for me but she was not.  My long runs are slow.  I enjoy them that way. But really her half PR is 2:20 which is faster than the majority of my halfs (16 out 18) so we were very compatible. 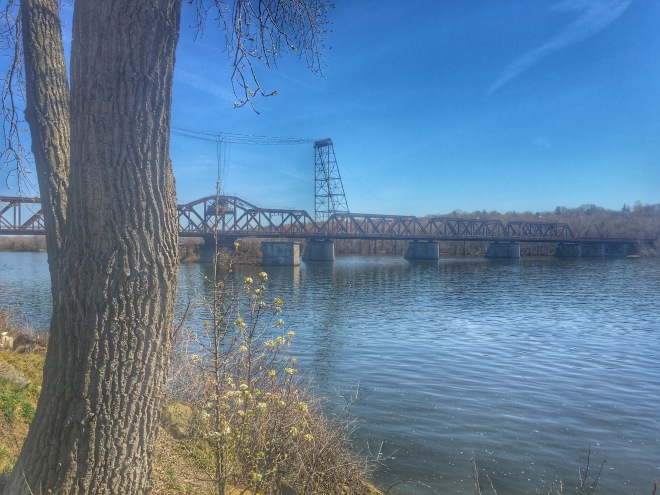 She chatted the whole time which made the miles go by quickly and painlessly.  We did chat about running, of course, but mostly about other things that we had in common.  We discovered that we were both were French majors at the same college and had all the same profs!!  We have both visited Paris many times and love French food esp. pastries.  Our husbands are also WWII buffs,  etc. etc. 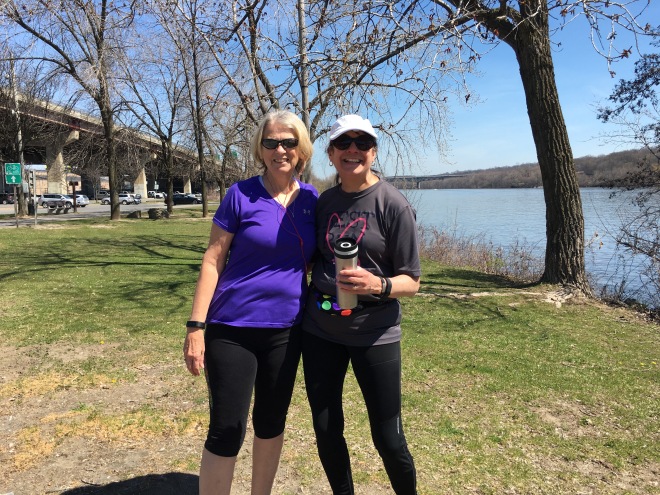 Then all of a sudden, we bumped into Jan (another one of Judy’s friends) who was starting her run…more running talk.

Then it was time to part ways.  I thanked Denise…if she weren’t there, I might have run over the bridge and to Cider Belly Donuts.  By the time, we stopped talking, it was too late. They were closed. (Yes, I so have a sweet tooth.)

The rest of my weekend was not so exciting: filing my taxes, laundry, pulling weeds, cooking…

Happy Running! How was your weekend? Anything fun to share?

Druthers Helderberg to Hudson Half MarathonApril 17, 2021
3 months to go.