Last year’s pic from the Gazette

I had no intention of running this race.  But FOMO got to me and it was only $15 so I signed up.

I had to run today anyway so now I would have company.  After having run 12 miles on Saturday and having another 5k this Saturday, I had no plans to do anything but run.

Since I am usually on Lake George for the holiday (and I did spend the whole day there on Sunday), the only time I ran this race was in 2008, my first year running.  My time was a not very impressive 33:03. So I thought that at least I could have a course PR for the day.

I am familiar with part of this course having trained for the Turkey Troy Trot on it and many of the HMRRC Winter Series races are also run here.

All I can say is that it is a boring course.  You don’t run it for the scenery.  It’s just office buildings and parking lots with a view of the highway.

photo from the Gazette 2015 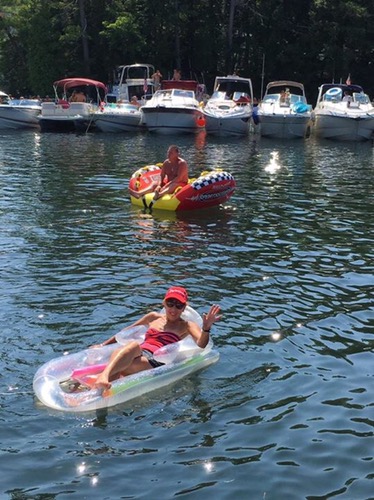 After a long day in the sun, dinner out and fireworks on the lake, I didn’t get home until 11:30 pm.  And believe me, I was regretting my decision to run this race knowing all our friends would be out on the lake the next day.

But I dragged myself out of bed and drove to the race which was only 15 minutes away.  I immediately ran into Holly, my friend Tom, a former student and so many more runners whom I knew. 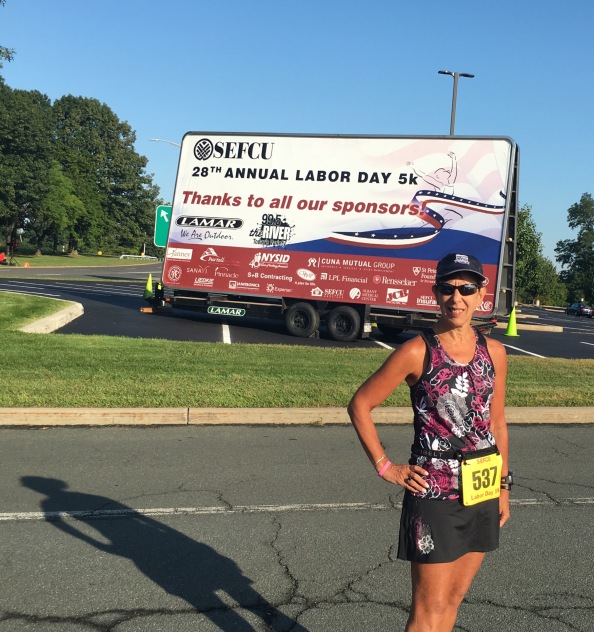 I hung around talking to people that I hadn’t seen in a while. 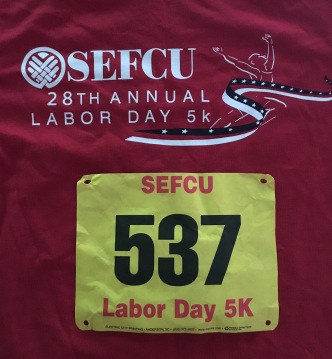 Many runners were doing their warm-up runs but I just walked around (my pre-race warm-up).

Soon it was time to begin (and I noticed the battery was low on my  Garmin but it did last the 3.1 miles 🙂 ) and I lined up with Holly and Jackie (from the Turkey Trot and Freihofer’s running groups).

Holly who is in my age group and faster than me, took off and vanished.  I tried to start at a decent pace but my legs felt like lead from my 12 miles 2 days before.

The course, though boring, is fairly flat – just some uphills and downhills but nothing challenging.

Though it was perfect running in temps (in the 60’s), the sun was very strong and I was HOT.  I willed myself not to walk until the first water stop a little past the 1 mile mark.  It helped but I still felt like I was running a lot slower.

I walked again at the second water stop for an even longer time – but it was needed.  I wanted to finish strong but I was dragging.

All of sudden, I saw Holly. She had slowed down and I was able to pass her in the last half mile.

Eventually, I approached the finish line with not much left but I gave it my best shot and a even passed a guy at the last minute.

28:34 officially.  A minute slower than my last 5k which I thought was a disaster.  Still a course PR and lots of runners to chat with while waiting for the awards.

And I won 1st in my age group, Holly second and Jackie third (in a younger age group). 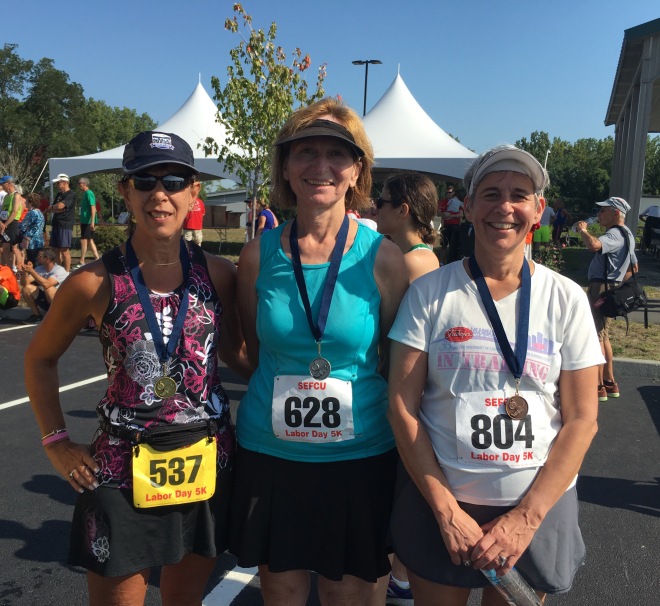 I guess it pays to be old – this my fourth age group 1st place win in a row. 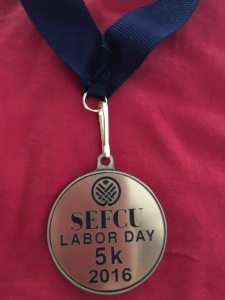 I was having FOMO looking at the FB pictures of my friends and hubby picnicking on Lake George but I am happy with my race.

Since it Tuesday and it a “free” topic day, I’m linking up with

The Smuttynose Half MarathonOctober 3, 2021
3 months to go.